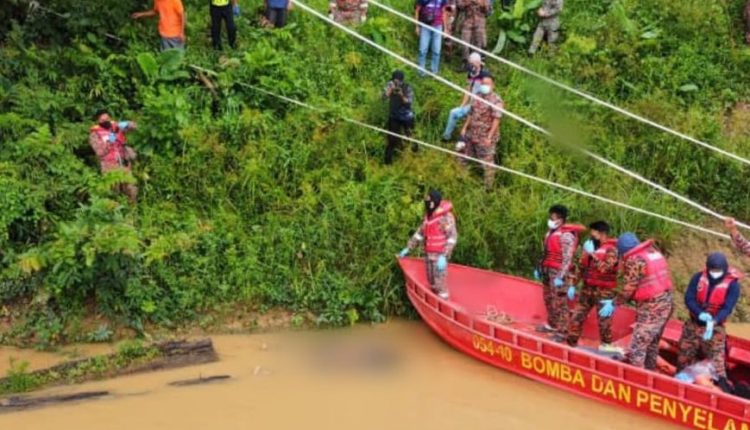 KUALA LUMPUR (Bernama): The Malaysian Army confirmed that the body of the soldier who went missing in Sungai Pahang while undergoing its PARA Predator Exercise on Sunday (Aug 29) was found today.

In a statement, the Army said the drowned body of Lance Corporal Mohamad Azrin Mohamad Isa was found at 8.15am by villagers in Kampung Serengkam, Maran, about 70km from the scene.

“The Army would like to express our deepest condolences to his wife, Nor Aqila Syafiqa Safuan, and the entire family, and will provide appropriate assistance to ensure the wellbeing of the family.

“We also hope that the public will not spread the pictures of Lance Corporal Mohamad Azrin’s remains,” it said.

Mohamad Azrin, 25, a member of the Army’s Pathfinder Company, was undergoing a tactical training phase crossing Sungai Pahang from Kampung Batu Bor to Kampung Bohor Baru when he went missing at 4.40pm on Sunday.

The Army also expressed appreciation to Pahang police, the Fire and Rescue Department, Civil Defence Department, as well as other relevant agencies and villagers involved in the search and rescue operation, which began on Aug 29- BERNAMA