Buzz that KJ will take on Sg Buloh 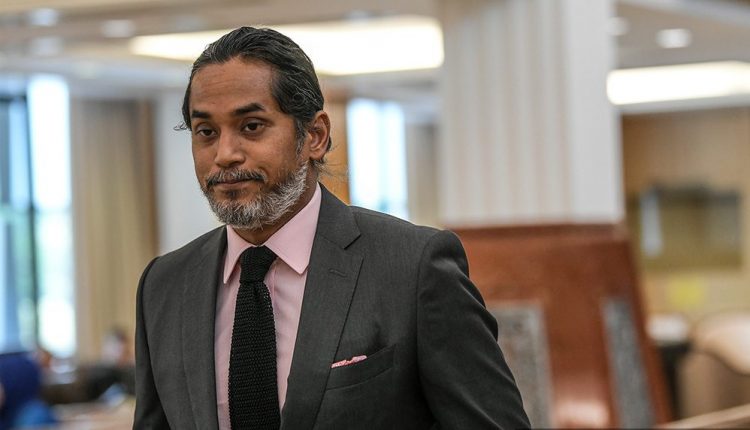 PETALING JAYA: The guessing game on which seat Khairy Jamaluddin (pic) will be allocated in GE15 has taken another interesting turn, with Sungai Buloh mentioned as one of the constituencies he could be fielded in.

Sungai Buloh is the third possibility for Khairy, 46, after some reports speculated that the Health Minister may be fielded in either Tampin or Kuala Pilah, both in Negri Sembilan.

The Sungai Buloh parliamentary seat, formerly known as Subang prior to the last redelineation exercise, has been held by PKR’s R. Sivarasa for three terms.

Umno sources told The Star that there has been talk of Khairy, who is popularly known as KJ, contesting in the parliamentary seat, a proposal that has received a somewhat positive response from the grassroots there.

“Khairy is a popular figure among the people, especially after how well he managed the Covid-19 pandemic. His popularity will get him the votes,” a source said.

“Where did you hear this? Even I haven’t heard anything,” he said when contacted yesterday.

Nonetheless, if Khairy is fielded in Sungai Buloh, he is likely to face little resistance, if at all, from the Umno leadership there, sources said.

“Megat Firdouz is a close associate of Khairy,” the same source added.

Megat Firdouz has served as Khairy’s political secretary since the former’s youth and sports ministry days.

The source pointed out that with the division chief on his side, KJ is likely to have one less headache – internal sabotage.

Khairy, who is a three-term MP for Rembau, is giving way there to Umno deputy president Datuk Seri Mohamad Hasan.

Mohamad was reported as giving his assurance that there would be a suitable seat for Khairy in GE15, and that he would not allow Khairy to fade away as he is a young leader of calibre.

However, any possibility of Khairy contesting in Sungai Buloh can only materialise if seat swapping negotiations between Umno and MIC are successful, said sources.

It is learnt that intense negotiations are being carried out over seats in Selangor between the two Barisan Nasional component parties, including for Sungai Buloh, which has traditionally been contested by MIC.

Megat Firdouz said he had told the party leadership that it would be good if Umno could contest Sungai Buloh since 65% of voters there are Malays.

“Maybe we should be given a chance (to contest),” he said.

A Subang voter, Mohd Haris Abdullah, 55, said he too has been hearing similar rumours about Khairy.

“It will be interesting to see KJ fielded in Sungai Buloh,” he added.

Khairy had reportedly said he is prepared to accept the challenge and take on the responsibility entrusted by the party to capture the seat in GE15.

The Election Commission has set Nov 19 as the polling day, with nominations on Nov 5 and early voting on Nov 15.-The Star