Can we share some money to save some lives 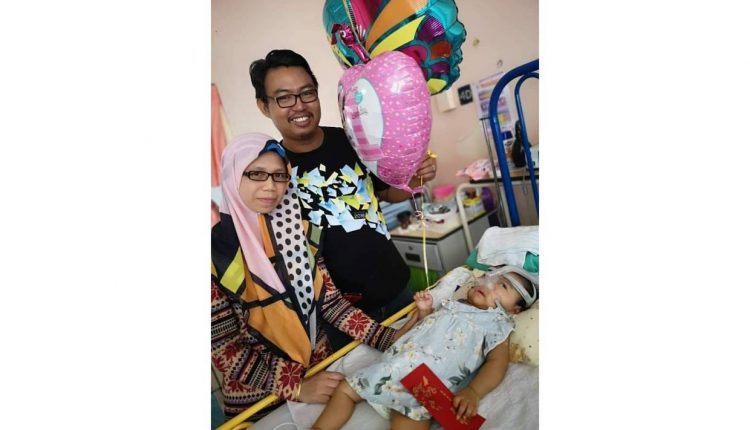 With Budget 2020 looming around the corner, perhaps some of our tax dollars can be shared to save the lives of those born with rare disorders.

PARLIAMENT has resumed once more, and we know that this means that Budget 2020 is around the corner – especially considering that it’s now October.

I am sure that many of us will be looking forward to Budget Day to see what subsidies, tax breaks and other ‘goodies’ will be announced to make our lives easier. I know that I will be.

However having said that, I know that I’ll also be hoping that the government will be announcing measures that could ease the lives of Malaysians who face real challenges on a daily basis, an example being Malaysians with rare medical disorders.

This is something I was reminded of when I read a press release written by the parents of several children living with Spinal Muscular Atrophy (SMA) – a degenerative problem that affects the motor nerves, resulting in muscle wasting and weakness – to appeal to the government to approve a drug called Spinraza.

Reading the press release, I learned of the true story of one-year-old Nur Hanan Affeeya Amrun Shah, who was born with SMA Type 1 on Aug 11, 2018, and as it stands, she has been warded in a government hospital for the last two months due to pneumonia – a common complication due to SMA.

However, I also learned that this doesn’t have to be so as the struggle of her family could be eased if the funding for Spinraza could be approved in Budget 2020, among other forms of assistance.

Indeed, the facts were sobering.

“If Hanan was born in Croatia, Slovenia or Slovakia – nations with a GDP and GNP that is less than Malaysia – or 50 other nations, she would be treated with Spinraza,” said the parents who penned the press release.

They added how life would be different for Hanan if Spinraza had been approved in Malaysia last year, saying that she would not be reliant on a machine to help with her breathing.

These parents also pointed out that Spinraza is the oldest drug able to treat SMA, having been approved by the United States Food and Drug Administration in 2016.

“She would be able to sit up and play, much like children in other nations who have access to Spinraza,” they said, sharing one more fact that caught my attention.

“The medical community and governments around the world have studied the safety and effectiveness of this medical therapy, comparing it to long-term care of SMA patients and have found that it is life-changing, especially if treatment is given early,” they said.

At this point, I have a feeling that some reading this might have questions. Some might question why the government should fund these new drug therapy for this rare disorder. At face value, this is a valid question – and it is one answered in an open letter by Edmund Lim and Yap Sook Yee, whose son Branden who has SMA Type 2

“Recent local research shows that SMA occurs in at least one in 20,000 Malaysian live births or one baby is born with SMA at least every fortnight. About one in 50 people or 640,000 Malaysians are carriers of SMA. Carriers of SMA have no symptoms but when a husband and wife who are carriers have a baby there is a real risk their child will be born afflicted by this genetic disease,” they said.

So, considering that and considering the life-long, constant hospitalisation that many with SMA like little Hanan need – I’d argue that it is a case of a stitch in time saving a life, especially when medicines produced through gene therapies like Spinraza are a new frontier in medicine that’ll open the door to treatments for other disorders and diseases.

Ultimately, I’ll end with this point to ponder. Don’t you think that all lives – especially young, vulnerable lives with potential – should be given a fair chance to thrive?

That’s certainly worth thinking about, I reckon. – The Star

No love lost in ‘Tinder K’ support for Argentina’s Kirchner