Dr M: Why did the US downgrade M’sia’s civil aviation authority? 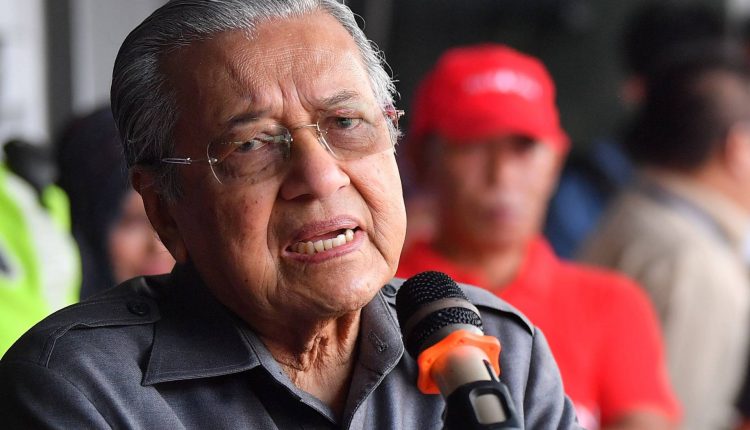 PONTIAN: Malaysia wants to know the reason behind the US Federal Aviation Administration’s (FAA) move to downgrade the Civil Aviation Authority of Malaysia (CAAM) from category one to two.

Prime Minister Tun Dr Mahathir Mohamad said the government also wanted to know the effect from such a downgrade but was confident it could be overcome.

“If they say we are not good or so on, (how is it) then (that) our Kuala Lumpur International Airport (KLIA) is among the 20 biggest airports in the world.

“We’ve even been trusted to run the Istanbul Sabiha Gökçen International Airport (ISGIA) in Turkey where it is not small as 31 million people use it,” he added.

Dr Mahathir, who is also Parti Pribumi Bersatu Malaysia (Bersatu) chairman, said this during a press conference after having breakfast with some 200 people at Warung 800 in Pekan Nanas here on Thursday (Nov 14).

He added that there were offers by other countries inviting Malaysia to manage their airports.

Dr Mahathir also pointed out that local pilots were accepted by airline companies from Indonesia, China and Arab countries as Malaysians were known to be competent.

“Our people, when they worked overseas, are not working as servant at home. They are professionals such as pilots, engineers, architects and many others.

“Malaysians work as professionals where they are respected and their salaries are the same with European professionals,” he said.

A previous report by Reuters stated that the downgrade, effective Nov 11, placed Malaysia in the same FAA category as Thailand, which was downgraded to category two in December 2015 and has since tried unsuccessfully to reclaim the top category one rating.

As a category two regulator, airlines licensed by CAAM will not be able to add new routes to and from the United States.

CAAM, in response to the downgrade, has vowed to regain its status as a category one regulator within 24 months. -The Star