GE15: Nazri Aziz stepping aside to set a good example 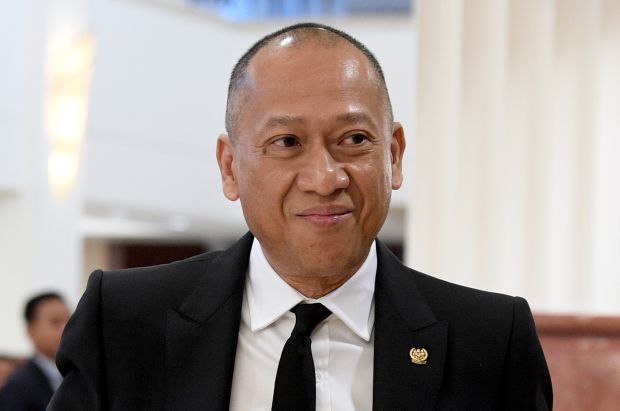 PETALING JAYA: Datuk Seri Nazri Aziz says he is sticking to his promise not to contest in the 15th General Election (GE15).

“I am keeping my promise, even though I would win hands down if I stood,” the Padang Rengas MP said on Friday (Oct 21).

He said that he has won the Padang Rengas parliamentary seat for six terms now and it was time for him to step aside “to set a good example”.

“I have said it last year that I would not be standing in the next general election. I am 68 years old and I have been the MP for Padang Rengas for six terms now.

“It is time the younger generations took over. I want to set a good example, as there are 97-year olds who are not setting a good example,” said Nazri, taking a dig at incumbent Langkawi MP and former prime minister Tun Dr Mahathir Mohamad, who will be defending his seat.

Nazri has served as Padang Rengas MP since March 2004. He was earlier the Chenderoh MP from 1995 to 2004 before the constituency was split into two parliamentary seat – Lenggong and Padang Rengas

Nazri said that it was not true he was making his withdrawal announcement because he fears not getting the endorsement of Umno president Datuk Seri Ahmad Zahid Hamidi to contest.

“The president has not said anything to me and I have no fear in getting his endorsement as I have won and if I stand, I will still win it hands down.

“I will continue to speak out when necessary. For now, I think the time has come for me to step aside for newer faces as I am of the older generation.

“Even Prime Minister Datuk Seri Ismail Sabri Yaakob is of a younger generation,” said Nazri, who added that he will be going into business.

On Aug 28 last year, the Padang Rengas MP said that he had been wanting to quit the political arena since two general elections ago, but was held back by Umno leaders and his constituents who wanted him to stay on.

GE15: KJ to challenge in seats BN lost during GE14