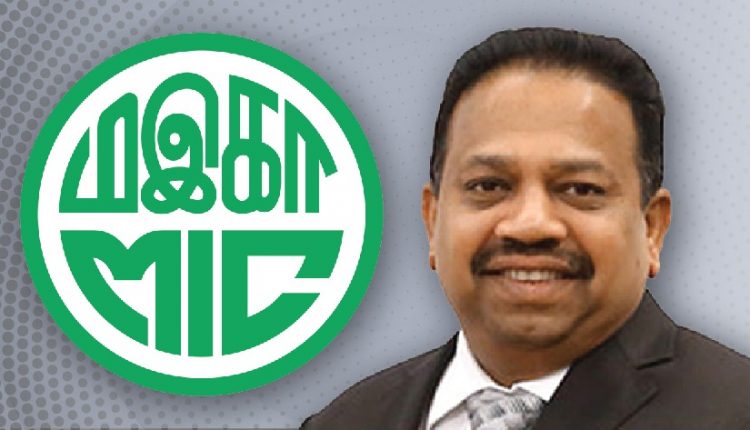 There must come a time either by choice or by circumstances when an individual or a group of people and in this case a political party must decide when would be the right time to make a break from the “business as usual” mindset that leads to doing the same things over and over again and expecting different results. It is the hallmark of great leadership to know how and when to differentiate between continuing a legacy that perpetuates all that is good and when to discard the negatives associated with past actions. That is the impetus required and associated with generational change. That responsibility now falls on Tan Sri SA Vigneswaran the MIC President who was elected in 2018 and his Deputy President Datuk Seri M. Saravanan

The President Tan Sri SA Vigneswaran is a man of few words but firm in his decision making, magnanimous in his acceptance of views and visionary in his aspirations for the party. All these attributes will serve him well in a future world which may be filled with uncertainty yet one which holds much promise for those who are willing and able. The President has a good pairing in Datuk Seri M. Saravanan who has made a name for himself as a caring grassroots activist, he is also one who is seen as an effective and efficient negotiator and collaborator who excels at consensual politics.

Since coming into position the President of MIC who is also the Dewan Negara Speaker and his Deputy who is the Minster of Human Resources and Member of Parliament for Tapah has embarked on building a road map that will transform the MIC into a functional 21st Century political party that will seek to make decisions based on the needs of its core base which seeks to uplift, transform and raise the living standards of all Malaysian Indians in Malaysia and the diaspora.

The President has begun the process of rejuvenating it’s Central Committee which is the MIC’s highest decision making body. He has reached out across the nation and is accepting of any community leader from across any ideological fence. He has been pragmatic about working with political parties of differing views and inclinations. This message has trickled down to the grassroots and has led to more mature politicking amongst its grassroots. The clarion call is clear and unambiguous, any Malaysian willing to work for the betterment of all Malaysians will be given a platform in the MIC

The MIC will continue with its classical function of linkage. The party will mobilise its electorate, provide channels for citizen participation and engage in the descriptive and substantive representation of voters. MIC will utilise new communication technologies to provide the party and its members with an unprecedented direct access to the electorate.

The President and his Deputy understand that they and the party will be operating in a setting of unprecedented uncertainty. The party understands that they will need to work with all segments of society. The time for old politics may be over and the party looks forward to moving with the times. The party will first begin by using its limited resources to benefit those who need it most, the disenfranchised, the voiceless and the marginalised.

The President and his Deputy have already begun the process of identifying the right talent to be placed in the right agencies to ensure that there is maximisation of potential to benefit its core objectives. The President and his Deputy call on all Malaysians to fully actualise the potential that will be available in a post Covid19 environment where the whole world will be looking start anew. It is time to put aside our differences and work together as Malaysians.

Why are some South Koreans who recovered from the coronavirus testing positive again?