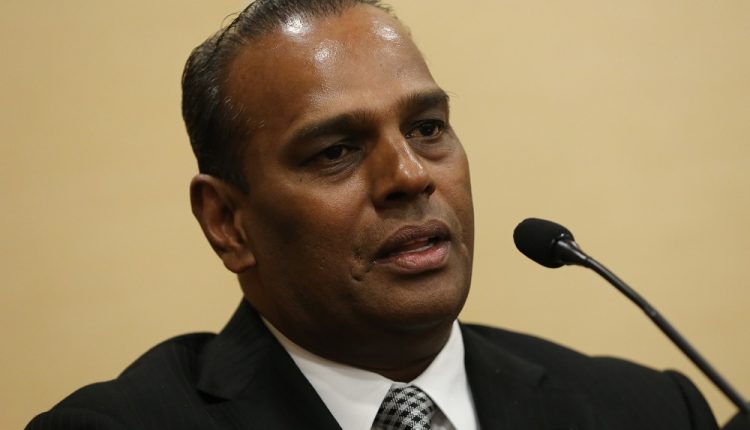 KUALA LUMPUR: A heated exchange ensued in the Dewan Rakyat between Datuk Seri M. Saravanan and Opposition MPs over the issue of holding the 15th General Election (GE15) during the flood season.

The Human Resources Minister was answering Datuk Seri Mohd Salim Sharif (BN-Jempol) during the debate on the Trade Unions (Amendment) Bill on the issue of holding elections during floods brought up by several Opposition MPs, when he took a jibe at PKR deputy president Rafizi Ramli.

“If we look at the (issue of) dissolving Parliament during the flood season, it is a political drama of a ‘mystical individual’ (insan ajaib) known as Rafizi who only appears six to 12 months before general elections. After that, he disappears.

“This mystical individual, Rafizi, never made an appearance when we were suffering during Covid-19,” added the Tapah MP.

Saravanan was then asked by several Opposition MPs to answer the question instead of bringing up Rafizi’s name.

Deputy Speaker Datuk Ramli Mohd Nor interjected and asked the minister not to digress from the topic at hand, which was the Bill.

Saravanan cited weather forecasts that floods would only strike after mid-November and there would be no issue if Parliament is dissolved and GE15 held before the end of the month.

Lim Guan Eng (PH-Bagan) then said Rafizi should not be blamed as it was the position of the whole Opposition.

“Every time during monsoon season there are floods… We can’t (expect people) to ride a sampan to vote,” said Lim.

“Secondly, the administration under the Prime Minister’s leadership already planned nine months in advance how we can overcome floods by using previous years’ experiences,” he said, adding that preparations for this year had begun early.

“Finally, even if we dissolve Parliament and call for a general election during the floods, why should the Opposition worry as the people will support you?” he asked.

“Let us make mistakes. This looks like you are defending our government. Why? Allow us to make mistakes. Why are you worried? You are going to be a beneficiary,” he added.

Speculation is rife that Parliament could be dissolved before the Budget 2023 is passed.

The Supply Bill 2023 was tabled for the first reading in the Dewan Rakyat on Wednesday (Oct 5).-The Star