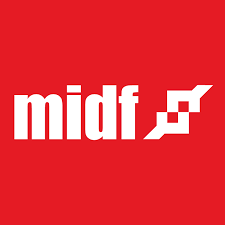 According to MIDF Research, foreign investors were net sellers every trading day of the week except Tuesday whereby it recorded a net buying of RM9.38 million.

“The steepest net selling days by foreigners were Monday and Wednesday at RM163.20 million and RM146.28 million respectively,” it said in its weekly fund flow report today.

MIDF Research said local institutions continued to be net buyers again at RM288.68 million, after being net sellers for four consecutive weeks since week ended on May 13.

Local retailers also continued to be net buyers at a rate of RM222.85 million.

“Local institutions began the week as net buyers at RM99.89 million on Monday, the strongest net buying day before turning into net sellers on the following day, at RM21.13 million net selling.

“They continue to be net buyers again for the rest of the week, starting from Wednesday to Friday,” it said.

MIDF Research said local institutions had been net sellers for 19 out of 24 weeks this year.

To date, they had sold RM7.98 billion of equities, it said.

MIDF Research said local retailers were net buyers every day of the week, to a total value of RM222.85 million equities.

“Their strongest net buying day was Wednesday and Monday, to the tune of RM63.89 million and RM63.31 million respectively.

“Year-to-date, local retailers have been net buyers at RM1.53 billion,” it said.

In terms of participation, MIDF Research said foreign investors, institutional investors and retail investors all showed a weekly growth in the average daily trade value at 47.61 per cent, 7.98 per cent and 3.04 per cent respectively.

In terms of the sectors, financial services, industrial products and services and utilities saw the highest net outflow by foreigners amounting to RM141.6 million, RM105.7 million and RM83.9 million.

“Biggest net buying by foreigners was a plantation with RM61.8 million,” it added.-NST