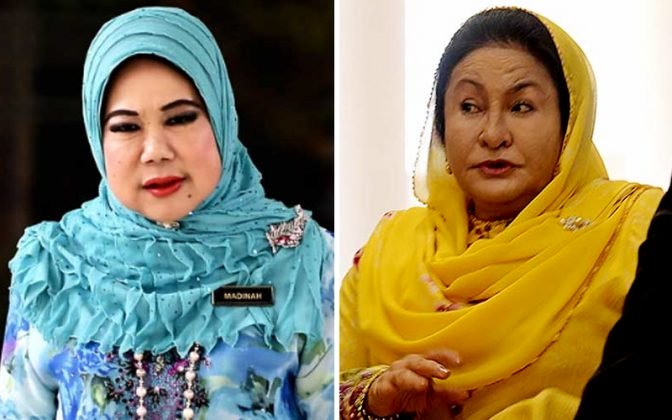 Madinah Mohamad, who was the ministry’s secretary-general from June 2013 to September 2016, said she had such a perception of Rosmah after Rosmah made a request during a Permata event to her ministry to speed up the process of awarding the solar panel project for Sarawak rural schools to Jepak Holdings Sdn Bhd.

In describing the incident as “extraordinary”, Madinah said when she and other VIPs escorted Rosmah to her car after the event ended, Rosmah put down her passenger seat window and called her to the car.

“She said something like ‘you tengok sikit projek solar Jepak. Cepatkan sikit’ to me. I merely replied, ‘Insya Allah Datin Seri’ and then she left,” Madinah said.

Madinah added that Rosmah’s then aide, Rizal Mansor, also approached her at the same Permata event and asked her to take a look at the solar project for Jepak Holdings. She told the court that she briefly acknowledged what Rizal said.

“I was shocked as to why Datin Seri was interested in the solar project and was thinking to myself what was her interest in the solar project,” she said, adding that Rosmah only asked her ministry previously to increase the number of teachers in Permata and settle their salaries.

Madinah said Rosmah’s request to her had created a “sense of urgency”, prompting her to expedite the project approval to Jepak Holdings.

“If I did not show any concern for the solar project, Datin Seri might complain to Datuk Seri Najib that there was a delay on my part,” she added.

Madinah noted that Najib was the one who issued the order, through a written instruction, for Jepak Holdings to carry out the solar project.

“Rayyan sent messages that told me to quickly act on the prime minister’s written instructions on awarding the solar project and also terminating the ministry’s existing contracts in genset diesel supply,” Madinah said.

Deputy public prosecutor Ahmad Akram Gharib then told the court that the prosecution wished to tender the screen shots of Whatsapp conversations between Madinah and Rayyan but lawyer Akberdin Abdul Kader objected to it.

“The IO (investigating officer) must explain the messages,” he added.

Ad hoc prosecutor Gopal Sri Ram then said the prosecution team had established the content of the Whatsapp messages through Madinah.

Judge Mohamed Zaini Mazlan said the court would allow the images to be tendered as evidence.

The hearing continues on Feb 17, with Madinah continuing with her testimony.

Rosmah is facing three counts of corruption for allegedly soliciting RM187.5 million from Saidi Abang Samsudin, who is Jepak Holdings Sdn Bhd’s managing director, as an inducement to help the company secure the Hybrid Photovoltaic Solar System Integrated Project and Maintenance and Operation of Genset/Diesel for 369 rural schools in Sarawak, worth a total of RM1.25 billion through direct negotiations with the education ministry.

She was also accused of receiving bribes amounting to RM6.5 million from Saidi between 2016 and 2017. -FMT