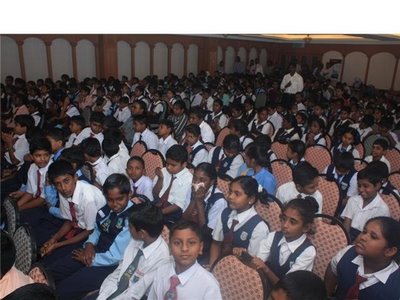 PETALING JAYA: The High Court in Kota Bharu, Kelantan, has ruled that the existence of vernacular schools is constitutional.

Lawyer T Gunaseelan said judge Roslan Abu Bakar yesterday held that the existence of vernacular schools must be read in the historical context.

“The intention of the framers of the Federal Constitution was to preserve that as part of the education system. The wishes of our forefathers were that we live in harmony,” Roslan said in dismissing a suit brought by the Muslim teachers group, Ikatan Guru-Guru Muslim Malaysia.

The president of the association, Azizee Hasan, had filed the suit on its behalf last year, challenging the constitutionality of Sections 17 and 28 of the Education Act.

Azizee, represented by Shaharudin Ali, had named the education minister and the government as defendants.

Gunaseelan, who represented the Chinese Language Council, the Tamil Language Association and the Confederation of Former Tamil School Pupils as interveners, said the judge did not order costs as it was a public interest issue.

The others who were allowed to become interveners were MCA and the United Chinese School Committees Association of Malaysia (Dong Zong).

They had sought a declaration that Sections 2, 17 and 28 of the Education Act to set up vernacular schools using Mandarin and Tamil as the main languages were inconsistent with Article 152 of the constitution.

Article 152 states that Bahasa Melayu is the national language of Malaysia.

In his written judgment, Nazlan said vernacular schools have long been recognised in the legislative framework of the education system, even before Merdeka and the existence of the Federal Constitution.

According to him, the exercise of this constitutional right by the government was not only confined to the study of Tamil and Mandarin, but also extended to their use as the medium of instruction.

He said the government, through the Education Act, was therefore continuing to preserve and sustain the use and study of the languages of the communities in the country.

How to help prevent your Bluetooth devices being hacked