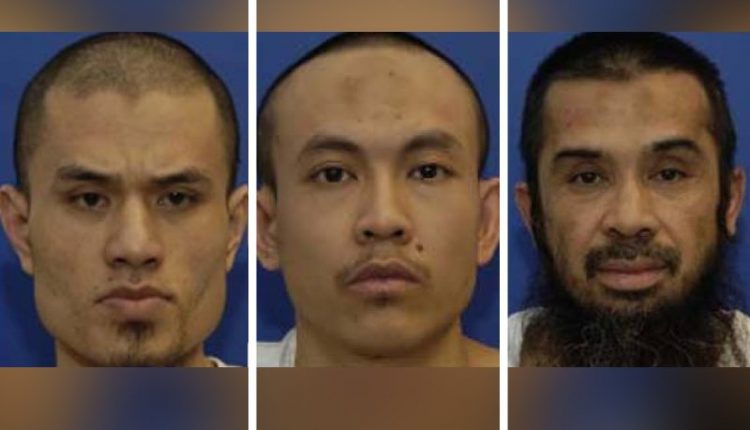 PETALING JAYA: The quality of the Bahasa Malaysia-English interpreter was called into question at the two-day trial of Malaysian terror suspects at the Guantanamo Bay military court two days ago, prompting the judge to perform “a trial within a trial” to ascertain his competence.

This came after complaints from Malaysian suspects Mohammad Nazir Lep and Mohammed Farik Amin that the translations were being done literally which they said had resulted in the structure being “reversed and upside down”.

The two-day hearing was held at the military courtroom in the US naval station at Guantanamo Bay in Cuba where the two suspects, together with Indonesian Encep Nurjaman- better known as Hambali – have been detained for 15 years.

They are alleged to have been involved in the 2002 Bali bombings that killed 202 people of various nationalities and the Jakarta blasts a year later.

With counsel constantly raising the issue of unsatisfactory translation, military judge Commander Hayes Larsen proceeded to perform a “voir dire” or trial within a trial on the interpreter’s professional background, according to the transcript of the proceedings uploaded on the US Office of Military Commissions website yesterday.

The name of the interpreter, who was commissioned and provided for by the US government, was excluded in the transcript.

Judge: So Interpreter Number 1, how did you learn English?

Interpreter: Your Honour, I learnt English when I was in Malaysia, since I was born and raised there, and Malay as well. I went to college in the US. I received a bachelor’s degree in English and master’s degree as well in the US.

Judge: Which language have you been brought here to translate?

Judge: And how did you learn Malay?

Interpreter: We learned it in school and at home. We spoke Malay everywhere. All our subjects are in Malay as well.

Judge: Have you formally studied Malay in school or college? If so, please describe.

Interpreter: Yes. I have studied formally Malay since Standard 1 through to high school, which is, we took the main government exam, which is called SPM.

Judge: What is the highest grade or degree you completed in studying Malay?

Interpreter: I actually got to high school – finished high school with an SPM, which is up through high school. That’s my formal education.

Judge: Have you passed any accreditation or certification exams for interpretation or translation? If so, please describe.

Judge: How many times have you provided interpretation services?

Interpreter: I have done about five cases in Malay.

Following complaints from Hambali’s counsel that the translations by the interpreter assigned to them was questionable, the judge made a similar assessment of her in open court.

“Having reviewed the résumé of each interpreter, and after having conducted an extensive voir dire of the interpreters, I do believe they are able to provide real-time translation in Bahasa Indonesia and Bahasa Malaysia,” he said.

He advised all parties to ensure that they spoke deliberately and took their time to ensure that proper translation is given before moving on to separate issues.

However, the judge said he would append all the counsel’s objections on the performance of the interpreters which could be raised by way of motion to be considered by the court in future hearings.

The arraignment process ended with all three suspects deferring to enter their pleas, due to the unsatisfactory translations. The court adjourned the trial with no dates fixed for the next hearing.-FMT