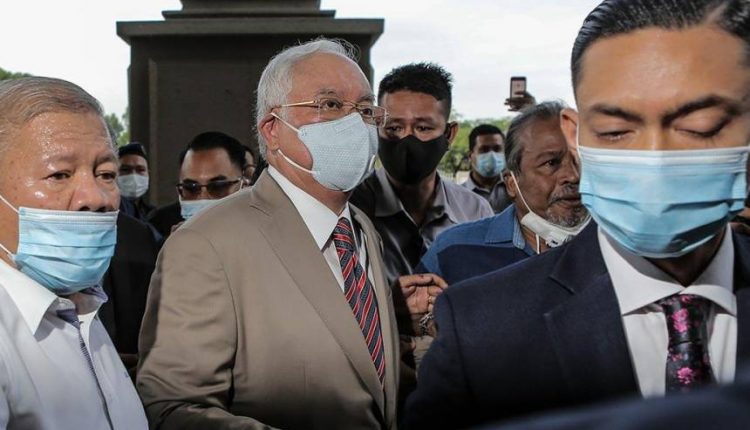 Lead counsel Hisyam Teh Poh Teik informed this to the Federal Court when the hearing resumed this morning.

“The solicitors have been discharged by the appellant (Najib),” he said.

However, Hisyam will remain as Najib’s lead counsel, with Kee Wei Lon and Low Wei Loke assisting him as co-counsel.

Najib had appointed the firm headed by Zaid Ibrahim to take over his defence from Shafee & Co last month.

Najib had said yesterday that while his previous lawyers headed by Shafee Abdullah had done “a stellar job” over the past four years representing him in the High Court and Court of Appeal in this case, he felt the losses meant he needed “a fresh perspective” and “new ideas”.

He also said he was convinced that the appointment of new lawyers was an appropriate decision after being told that other high-profile appeals in the past were granted adjournments in the spirit of due process and to facilitate an effective representation of an accused person.

Previously, Zaid had said the firm would not abandon Najib as a client despite not having enough time to prepare for the appeal before the Federal Court.

“It is the sacred duty of any advocate to represent an accused person with such grievances,” he told reporters.

The court yesterday disallowed Hisyam from discharging himself as Najib’s counsel after he told the panel he did not have enough time to prepare for the appeal.

However, Tengku Maimun said the court was of the unanimous view that Hisyam “failed to disclose adequate reasons” to justify his recusal bid, and ordered him to proceed.

On Tuesday, the defence had requested “three to four months” for them to prepare their case, but the court rejected this, saying the appeal hearing needed to go on.

Najib is appealing to quash his conviction for abuse of power, money laundering and criminal breach of trust over SRC International funds amounting to RM42 million.

His conviction was upheld by the Court of Appeal on Dec 8 last year, as was his 12-year jail sentence and RM210 million fine.-FMT