No need to call police to appear before select committee to explain LTTE arrest, says Anwar 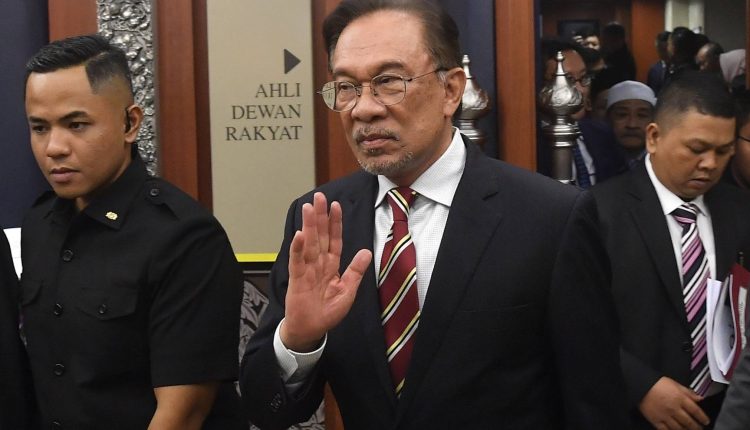 KUALA LUMPUR: There is no need to refer police to the Parliament’s Special Select Committee on Defence and the Home Affairs over the arrests of suspects allegedly linked to the Liberation Tigers of Tamil Eelam (LTTE), says PKR president Datuk Seri Anwar Ibrahim.

“My personal view is that there is no need for such.

“We should give space to the police to investigate crimes and terrorism if any.

“The police should not feel pressured by too many distractions,” he told reporters after attending a briefing to lawmakers on the role of Parliament’s special select committees on Monday (Oct 14).

Lim, who is also a lawyer, said the parliamentary watchdog must demand the police explain their use of Sosma in detaining the suspects without trial, a law which Pakatan had promised to abolish.

However, Anwar said the discretion to investigate the matter should be left to the police and Home Ministry, said Anwar.

“It is not appropriate to question the police’s investigation process,” he added.

However, Anwar said he was against the use of the Security Offences Special Measures Act (Sosma), a stand consistently taken by Pakatan Harapan.

However, he noted that the recent arrests connected to the LTTE and Sosma were separate issues altogether.

Meanwhile, asked if PKR supported PAS’s call for White Paper on the recent police investigations on the LTTE, Anwar said that investigations were still at an early stage.

“I leave it to the Home Minister and Cabinet to decide on that,” he said.

On Sunday (Oct 13), PAS secretary-general Datuk Takiyuddin Hassan proposed that a White Paper be tabled in Parliament on the recent arrests.

Takiyuddin added the matter is now of “public interest” and that no party should interfere with police investigations. -The Star

S’wak Fire and Rescue Dept: More mountain and cave SAR teams to be set up

Budget 2020 is a capitalist budget that neglects the poor, says Opposition leader