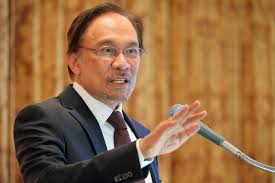 KUALA LUMPUR: The poverty line income (PLI) and definition of poverty should be reviewed to better reflect the current cost of living and the actual number of those in poverty, says Parliamentary Caucus on Reform and Governance chairman Datuk Seri Anwar Ibrahim.

He called on the government to use a multi-dimensional approach in dealing with the complex subject in its reform initiative.

“We also want to ensure that the implementation of policies and programmes are effective, avoiding leakages and abuse of power,” he said during a seminar on Economics, Poverty and Gaps in Malaysia: Definition and Implementation in Parliament yesterday.

This followed a report by the United Nations Special Rapporteur on Extreme Poverty and Human Rights, Prof Philip Alston, on Aug 23.The report claimed that Malaysia’s rate of poverty was 16% to 20%, which was far off from the official figure of 0.4%.

At the seminar, economist Prof Dr Jomo Kwame Sundaram said the government should not use the old system to measure poverty.He noted several challenges that led to poverty, including food security and access to good quality food.