RM323k worth of illicit cigarettes seized by GOF in Sibu 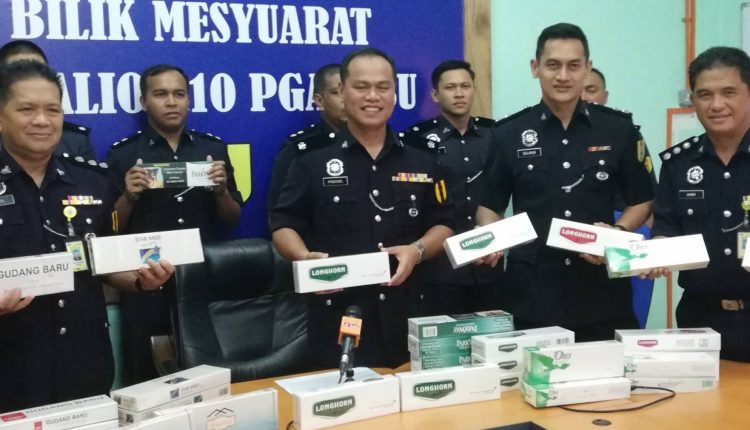 SIBU: Some 1,346 cartons of contraband cigarettes worth RM323,040 were confiscated by the 10th Battalion General Operation Force (GOF) in an operation Wednesday (Nov 27).

Deputy Commander Supt Fredial Nyambong said in a raid conducted at 1pm Wednesday on a house in Jalan Temedak, the enforcement team found the items kept in a room that acted as a storehouse.

“Our men waited but nobody showed up to claim the items that we later seized,” he said.

Fredial believed that the items were kept there temporarily before being sold to the public through middlemen.

He said as of November 28 this year, the force had seized a total of RM9mil worth of smuggled goods, including contraband cigarettes, liquor and fireworks.

“These were from a total of 54 operations conducted where 45 were successful,” he said.

From these raids, a total of 88 people were arrested.

“In comparison to previous years, we have only managed to seize goods worth RM4.2mil in 2018 and RM2.3mil in 2017. We had a bigger haul this year as we had intensified our effort against smuggling,” he said. -The Star