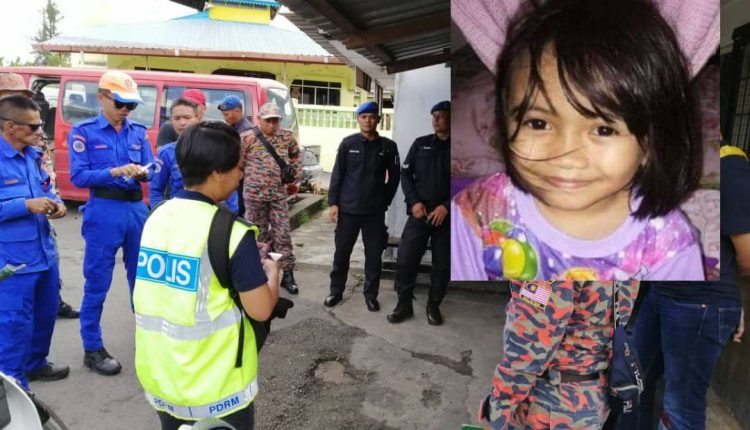 The search operation comprising the police, marine police, Fire and Rescue Department, Civil Defence Unit and village folks has found no trace of Nurardiana, who was last seen at her house at Kg Baru Laut in Bintulu district in northern Sarawak on Sept 28.

The search mission was called off Thursday (Oct 3) night after authorities met with the girl’s family who agreed to the decision.

“However, the police will continue its probe into the case from all possible angles.

“If there are new leads, the search will resume again,” said Sarawak Bomba in its latest update on Friday (Oct 4).

According to the authorities, Nurardiana’s parents found her missing from their house at about 12.30pm on Sept 28.

“The last time the parents saw her before she went missing, she was still sleeping inside the house,” said the police report.

The Bintulu Fire and Rescue Department said its units had combed nearby areas as well as rivers in the vicinity while the police used tracker-dogs but have yet to locate the missing girl. -The Star

‘Call Of Duty Mobile’ is off to an explosive start