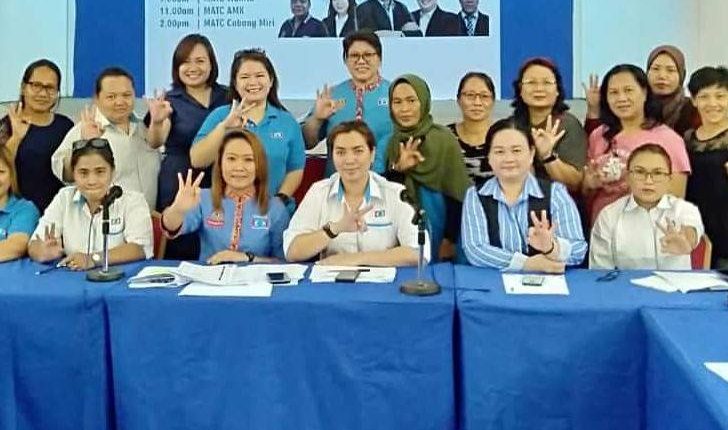 MIRI: Sarawak PKR Wanita is organising a “solidarity night” event here on Friday (Nov 22) amid conflicting views among party leaders over the state party convention, with one side saying it has been cancelled and the other saying it would proceed as planned.

PKR secretary-general Datuk Seri Saifuddin Nasution Ismail had said the convention would go on as scheduled this Saturday (Nov 23) in Miri.

“So until that process is undertaken, we will continue with the convention on Nov 23,” he told reporters in Kuala Lumpur on Thursday (Nov 21).

Prior to that on Wednesday (Nov 20), Sarawak PKR chief Baru Bian was reported to have said that the convention had been cancelled.

He said this was decided after a majority decision involving 32 of 46 state leadership council members.

Baru is backed by 18 PKR Sarawak branches, while 11 others have declared their support for Anwar.

State PKR Wanita information chief Korina Mang is the organising chairperson for this solidarity night event, and PKR state and national leaders have been invited to attend.

Baru’s attendance has not been confirmed as PKR Miri branch chairman Dr Teo Yu Keng has thrown his support behind the Anwar camp.

Dr Teo had earlier defied a directive by Baru to cancel the convention when the former invited Anwar as the guest of honour.

The venue for Saturday’s event had been confirmed and Anwar had agreed to come, Dr Teo said on Friday (Nov 22).

“The convention this Saturday will see the convergence of more than 1,000 state and national PKR leaders.

“As the chairman of the organising committee, I can say that Anwar has confirmed that he will be coming.

“I have also invited Baru Bian and all other PKR leaders to come. I don’t know if Baru is coming or not as he has not confirmed his attendance.

“The main agenda to be discussed is the coming state elections, which we in PKR feel will be very soon.

“We must activate our state election machinery now,” he told The Star.

The 12th state election is due by June 2021 but there is talk that polls will be called by the middle of next year. -The Star

Delay in SPM Chemistry exam due to shortage of question papers