Take a ride on the Train To Busan horror house experience 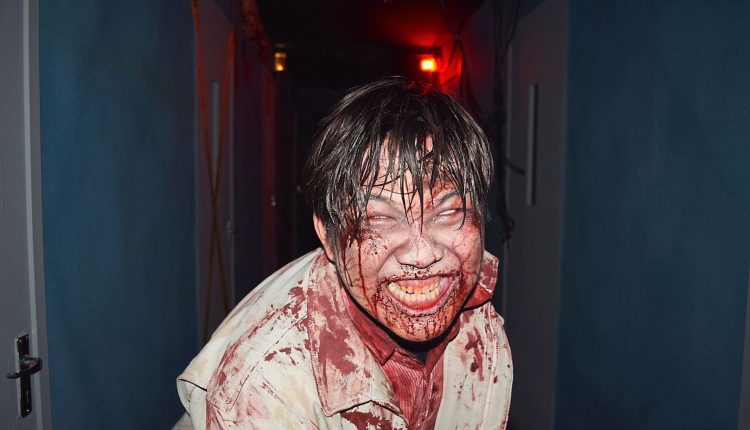 All sorts of expletives are being uttered liberally by the Singaporean social media influencer in front of me.

“Wah c****, I’m really scared wei. I really cannot take creepy toilets k******, ” she squeals, as she pushes her male companion forward, all the while holding on to her smartphone.

We are passing through a dimly lit and dilapidated toilet. No, it isn’t your typical Malaysian public restroom; it is actually a horror house prop. And hiding within one of the dark cubicles is a violent undead.

We are at a special media preview of the Train To Busan Horror House Experience at Resorts World Genting. Dirty toilets are the least of our concerns as hordes of zombies roam around the space looking for a free meal.

Taking place at the cacophonous Skytropolis Indoor Theme Park, this latest attraction at the highlands is not for the faint-hearted. It is based on the 2016 South Korean zombie apocalypse blockbuster of the same name.

“So a lot of the experience that you are going to go through will be about you trying to get your way out into the safe haven, which is 48 hours after the movie, ” he says at the launch of the attraction.

For the uninitiated, Train To Busan – which stars cinematic powerhouse Gong Yoo – tells the story of a career-driven man, his estranged daughter and other passengers trapped on a speeding train during a zombie outbreak in South Korea.

These attendants will show you the way to your train ride to hell. — CHESTER CHIN/The StarResorts World Genting assistant vice president (Entertainment & Events) Roger Ong says they have pulled out all stops to create a thrilling experience.

“We have spared no expense in recreating and replicating the world of the blockbuster film. It is truly a unique set up and we hope our guests will love the experience, ” he says.

Over 50 scenes from the film were refined into the final product. And they are brought to life through a mixture of live actors, digital technology, brand new videos and immersive soundscapes.

The Train To Busan Horror House Experience follows the plot of the movie closely. That is why many of the props are featured around railways. The first part of the horror house is actually modelled after Seoul Station.

At this stop, I find myself trapped in a spooky train station. Together with the foul-mouthed influencer and her hapless companion, we quickly make our way through several nightmarish scenarios.

Adding to that scare is of course all your apocalyptic stereotypes: a long corridor, an abandoned supermarket, a mirror maze and of course, dirty toilets.

Boarding the actual train to Busan at the second part of the horror house doesn’t bring much salvation either. Here, we are greeted by even more undead.

Ironically, it’s the actors playing the surviving passengers that are scarier than the zombies. For the most part, the undead are rather sedentary. Being a horror movie junkie and having experienced Halloween-inspired scare attractions elsewhere, I emerge from both haunted houses wanting more… well, scares.

But all is not lost as guests are also treated to various virtual reality and other interactive activities outside. Visitors are handed “guns” to defend the quarantine areas from invading zombies in an arcade game fashion.

Talking about virtual reality, The Void next door recently launched Avengers: Damage Control, a virtual reality fan experience. Fans of the Marvel Cinematic Universe get to fight an old enemy alongside Doctor Strange, the Wasp and Ant-Man.

If anything, there’s certainly no shortage of pop culture references at the highlands.

Both The Train To Busan Horror House Experience and Avengers: Damage Control run for a limited time. For more information, visit rwgenting.com. -The Star

Beyond Pangkor’s sun, sea and beaches