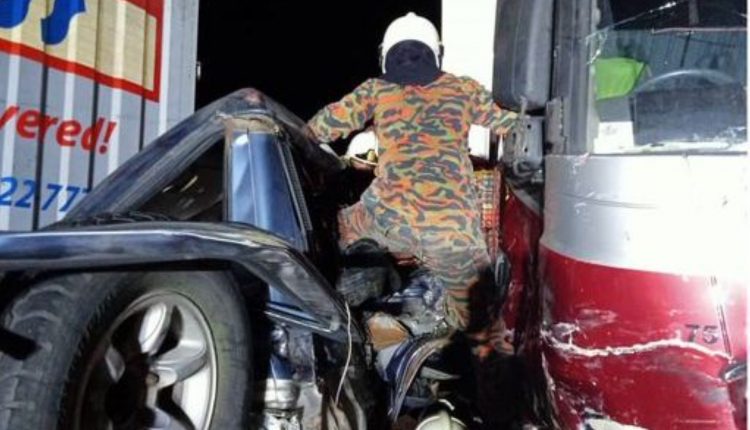 IPOH: Two victims, including a child, died while 14 were found injured after an accident involving seven vehicles at KM317.2 North-South Expressway.

“The accident involved two trailers, a Pos Malaysia lorry and four cars: a Pajero, Honda Accord, Perodua MyVi and Axia.

“We believe the child was sitting in the Pajero, while the other victim, a woman was in the Perodua MyVi.

“Upon arriving, we saw that some victims were stuck between their vehicles and we had to use hydraulic cutters to retrieve them,” he said.

The deceased were driven by Royal Police Malaysia for further investigation while the remaining injured victims were sent to Hospital Tapah.

On a separate news, Slim River Fire and Safety Department was rushed to KM326.7 at North South Highway after an accident was reported at 6.06am today (Nov 13)

The accident involving a lorry collided and two victims. Rescue mission is on-going.

This story has been corrected. The death count of four cited earlier was incorrect. -The Star