Water tariff to increase next year after implementation of new mechanism 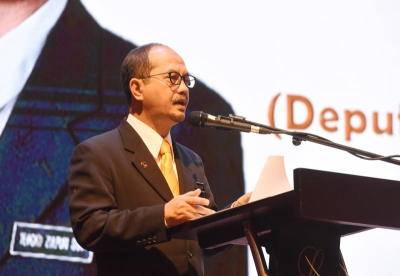 “The proposed TSM has taken into consideration the different needs of the water industry of each state.

“The new water tariff is expected to be implemented next year, following approval from the Cabinet,” said its Deputy Minister Tengku Zulpuri Shah Raja Puji.

He said this when replying a question raised by Datuk Mansor Othman (PH-Nibong Tebal) in Dewan Rakyat on Thursday (Oct 10).

He added the proposed tariff increase would be between six sen and 71 sen per 1,000 litres.

He said that it was necessary to standardise and raise water tariff, owing to the disparity between the current rate against the true cost of production.

Tengku Zulpuri assured the proposed hike would be done in a way that it would not burden low income households.

“The Government assures that only a minimum tariff increase would be imposed on the zero to 20 cubic meter usage band.

Tengku Zulpuri cited Pahang as an example where the consumption of 18 cubic meters of water per month would cost RM12.19 under the current tariff calculation.

Comparatively, he said consumption of 20 cubic meters of water would cost RM20.50 a month under the new tariff calculation.

“Many assume the increase in tariff would see water bills going up drastically, but this is not true,” he said before citing the example.

He also said the increase in water tariff would be done in stages.

Tengku Zulpuri said his ministry is currently waiting feedback from the respective state governments before finalising the TSM for Cabinet’s approval. – The Star