Homosexual HIV cases on the rise 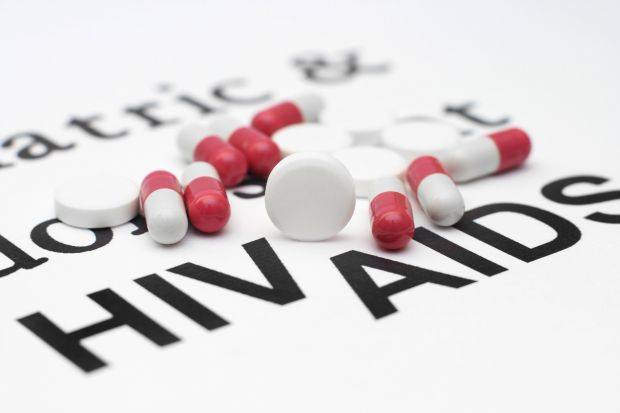 PETALING JAYA: Gay sex accounted for more than half of the HIV transmission cases in Malaysia last year, showing a clear shift in the pattern of infection after almost three decades which mostly recorded cases of drug users sharing needles.

In a Facebook posting yesterday, the Health Ministry said in 1990, the majority of HIV transmissions happened due to intravenous drug use (IVDU) or 61% of cases that year.

But 20 years later in 2010, heterosexual transmission and men having sex with men (better known by its acronym MSM) started seeing a rise, causing 40% and 8% of cases respectively.

Last year, 94% of HIV cases were transmitted through sexual relations, of which MSM made up 57% of such cases and heterosexual transmission accounted for 37% of cases.

“Only 3% of the cases last year were due to drug users sharing needles, ” said the ministry.

The entry was uploaded ahead of the national-level World AIDS Day 2019 commemoration to be held in Ipoh on Sunday.

Also in 2018, HIV infections caused by other reasons such as blood transfusion, organ transplant or needle accidents made up only 3% of cases while mother-to-child transmission was successfully eliminated with zero cases reported.

In 2010, heterosexual transmission of HIV rose from 5% to 40% while IVDU went down to 48% from 61% in 1990; other reasons dropped to only 3% and mother-to-child HIV transmission accounted for one per cent of such cases.

“Apart from infections through sexual relations, HIV can be transmitted from the mother to the unborn child, blood transfusions

or organ transplants and contaminated needles, ” said the Health Ministry.

Deputy Health Minister Dr Lee Boon Chye said the government was committed to continuing its efforts to reduce the number of cases of HIV transmission in the country via various approaches.

“Efforts via harm reduction programmes to reduce HIV transmission between drug addicts will continue and so will educating the community with regards to the risk of unsafe sexual activities such as unprotected sex with multiple sex partners, ” he said yesterday.

Dr Lee added that the Health Ministry would continue providing free treatment to HIV-infected patients at its facilities in order to improve their survival and quality of life.

“Treatment of patients will also significantly reduce the risk of transmission to others, ” he said.

to sexual activities was on the rise, affecting more of the younger generation between the ages of 18 and 35 in Malaysia.“In general, I think we have very poor awareness of reproductive health and sex education.

“We don’t equip young Malaysians with the proper information and tools to protect themselves not just from HIV, but also from other sexually transmitted diseases and unwanted pregnancies.

He added that this was especially so in countries such as Malaysia, where key populations (or at-risk groups) such as MSM and transgenders were marginalised and criminalised.

“When you marginalise a population, it drives them further underground and makes it even harder for them to access healthcare, information to protection and also treatment.

“It aggravates the situation even more, ” he said.

He said the MAC had been treating HIV as a public health issue and not a moral issue, adding that the key to reducing infections lay in education, awareness and upholding human rights for all.

“Every Malaysian should have equal access to treatment, knowledge and education, free from stigma, ” he said.

At the same time, Malaysia should also be proud of its success in eliminating mother-to-child HIV transmission last year, being the first country in the World Health Organization’s (WHO) Western Pacific region to do so, said Bakthiar.

“We were also the first in the region to implement harm reduction programmes in the form of needle exchange and methadone replacement therapy for drug users, and this has seen results, ” he said.

MAC executive director Parimelazhagan Ellan said the rate of HIV transmission cases due to MSM was seeing a rise as members of the key population had started coming forward in recent years due to better access to HIV testing compared to the 1990s.

“Back then, they didn’t really get tested and they were stigmatised and scared. But now, there is a lot more access to testing available, ” he said.

Pink Triangle Foundation chief operations officer Raymond Tai said the figures provided by the Health Ministry were “not alarming” as such a trend had been projected at least eight years ago.

“The trend of HIV transmission cases shifting from being caused by injecting drugs to sexual transmission was something we foresaw about eight years ago, as it was happening not just in Malaysia but around the world.

“The trend that MSM relations would overtake heterosexual relations as the main source of sexual transmission has also been forecasted by regional studies, ” he said.

He added, however, that such cases were not addressed adequately as Malaysians looked at the issue through “moral lenses” instead of from a “biological and scientific perspective”.