A lot at stake as Parliament reconvenes amid new politics 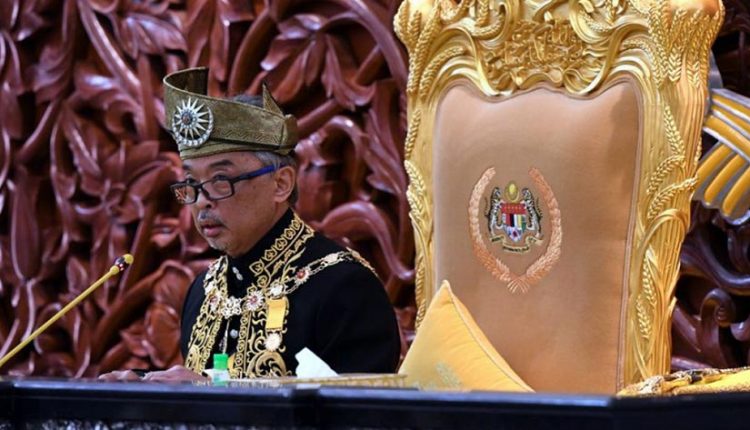 PETALING JAYA: Parliament reconvenes today after a hiatus, with a new prime minister on the front bench in the Dewan Rakyat, the second new leader in two years.

Ismail Sabri Yaakob took over only three weeks ago, and the shadow of the previous Muhyiddin Yassin government looms large, along with the problems of the Covid-19 crisis, the struggling economy and poorly managed people’s welfare, which led to an increase in suicide cases.

Muhyiddin had called a special five-day meeting of the Dewan Rakyat in July but it turned out to be more of a briefing for MPs. It was called off after just three days following a startling revelation about the lifting of the state of emergency.

That then led to another political crisis and the end of Muhyiddin’s tenure as prime minister.

The Yang di-Pertuan Agong, Sultan Abdullah Sultan Ahmad Shah, will open the first meeting of the fourth session of the 14th Parliament this morning.

The King’s customary address to Parliament – usually an outline of government policy – will be special this time as it comes after Istana Negara was dragged through one political crisis after another.

In January, Sultan Abdullah had consented to a declaration of a state of emergency requested by the Muhyiddin government, which said it needed more powers to fight the Covid-19 crisis.

But six months later, as things got worse, he declared that Parliament should be reconvened immediately. This was followed by a statement from the Conference of Rulers that the state of emergency should not be extended beyond Aug 1.

The King, meanwhile, expressed disappointment that the Muhyiddin government appeared to have revoked six emergency ordinances, apparently without royal consent.

After sustained pressure from critics in Umno and the opposition, Muhyiddin resigned in mid-August, ending a 17 troubled months in office.

Ismail’s appointment as the new prime minister came with a caveat: an Istana Negara statement said a confidence vote should be taken in the Dewan Rakyat to affirm his majority.

However, the new government later claimed the King had changed his mind and the new law minister, Wan Junaidi Tuanku Jaafar, said Sultan Abdullah had consented to not having a confidence vote.

The royal address this morning, to a joint session of Parliament, will reveal where the matter stands.

Subang MP Wong Chen said the prime minister recently made several controversial faux pas such as reappointing almost the same Cabinet and forgoing the vote of confidence, which does not appear in the order papers for the new meeting.

Academician Azmi Hassan said Muhyiddin’s appointment to head the National Recovery Council will be raised by the opposition.

“They may see this move as a contradiction after the prime minister had told the opposition to work with him. The opposition may be reluctant to work with the government after Muhyiddin’s appointment,” he said.

Muhyiddin was appointed to the council on Sept 4. Azmi said the council is crucial to handling the Covid crisis, which the former prime minister had failed to manage. The opposition may disagree that he is the right person to lead the council.

Klang MP Charles Santiago was concerned about news of several bills to strengthen Islamic law and curb the development of non-Mulsim religions.

He said the Islamic department is headed almost totally by PAS members.

The minister in the Prime Minister’s Department handling religious affairs is PAS vice-president Idris Ahmad, while his party colleague, Ahmad Marzuk Shaary, is the deputy minister.

“The prime minister has to make a stand and clarify his ‘Malaysian Family’ concept after the controversial announcement by PAS (on the proposed bills). Where does he stand on this issue?” Santiago said.

Ahmad Marzuk had recently said the government plans to draft four new shariah laws, including the Control and Restriction on the Propagation of Non-Muslims Religious bill. The others are the wakaf bill, the mufti bill and the shariah court bill.

Several MPs told FMT they intended to nominate Azalina Othman Said as the new Speaker of the Dewan Rakyat.

Azalina, the former deputy speaker, vacated her seat on Aug 18. She had been one of the 15 Umno MPs who withdrew support from Muhyiddin, leading to the collapse of his government.

Azalina has also positioned herself as a strong proponent of parliamentary reforms, calling for her former deputy speaker’s post to be given to an opposition MP and submitting a motion for a crucial Private Member’s Bill on recall elections.

Ismail’s Cabinet will table the 2022 federal budget while the country battles with Covid-19 and a struggling economy.

Economist Yeah Kim Leng said the budget was likely to be people-friendly as households and SMEs, which have suffered from the prolonged lockdowns, require government support to pull through next year.

It is likely to be expansionary to help as many sectors as possible, he said. -FMT