Court of Appeal to rule tomorrow if voter, ex-MP can halt GE15 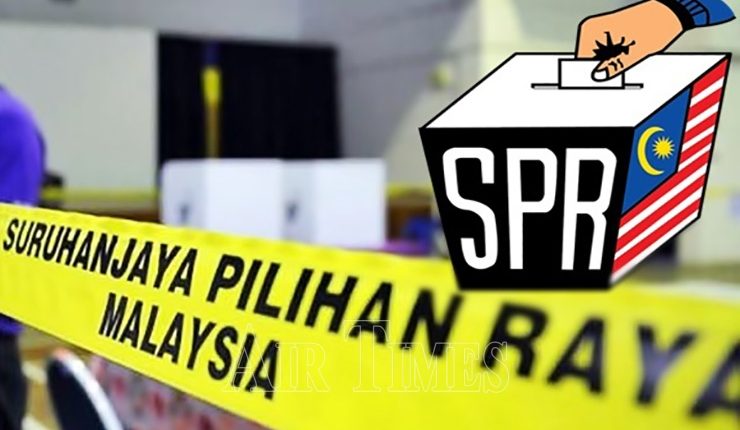 PUTRAJAYA: The Court of Appeal will rule tomorrow whether a voter and a former MP can halt the Election Commission from conducting the 15th general election on Saturday.

A three-member bench chaired by Justice Azizah Nawawi heard two separate appeals brought by a Pandan voter and a former MP, saying they needed more time to deliberate on the matters after hearing the submissions of the parties.

“We will deliver our decisions tomorrow at 4pm,” said Azizah, who sat with Justices Che Mohd Ruzima Ghazali and See Mee Chun.

At stake are 222 parliamentary seats in the Dewan Rakyat and 117 state assembly seats in Perlis, Perak and Pahang, as well as a by-election in the constituency of Bugaya in Sabah.

Syed Iskandar Syed Jaafar, a voter in Pandan, Kuala Lumpur, and former Klang MP Charles Santiago have named Prime Minister Ismail Sabri Yaakob, the government and the EC as parties to their suits.

Both actions were brought to stop the EC chairman and his servants or agents from taking steps to conduct GE15.

On Oct 28, Justice Ahmad Kamal Md Shahid dismissed the suits by Syed Iskandar and Santiago, ruling that the dissolution of Parliament was non-justiciable and could not be entertained by a court of law.

He said the Yang di-Pertuan Agong was the ultimate decision maker as to whether to dissolve the Dewan Rakyat after receiving a request from the prime minister.

Syed Iskandar, a lawyer by profession, is appealing against the High Court ruling which refused him leave for judicial review.

He had sought a declaration that the request by Ismail, made to the Yang di-Pertuan Agong on Oct 9, was null and void and of no force or effect.

He contended that Ismail was wrong to rely on Articles 40(2)(b) and 55(2) of the Federal Constitution to end the term of the Dewan Rakyat.

Syed Iskandar also said Ismail acted in breach of his fiduciary duties as he had failed to consider the welfare and interests of the poorer segments of the voting public and the impact of potential floods.

His counsel, Gopal Sri Ram, told the Court of Appeal today that leave should have been granted as the judicial review application was not frivolous and vexatious.

“We have an arguable case, but the High Court prematurely went into the merits of the case and dismissed it on grounds of non-justiciability,” he said.

Senior federal counsel Shamsul Bolhassan said the High Court was right to refuse leave and agree with the Attorney-General’s objection.

“The appellant (Syed Iskandar) actually wants the dissolution to be declared null and void and reinstate the terms of MPs in the 14th session of the Dewan Rakyat,” he said.

In striking out Santiago’s originating summons on Oct 28, the judge said the prime minister was not bound by the Cabinet’s advice and he did not need the Cabinet’s approval to advise the King to dissolve Parliament.

The three-term MP had sought a declaration that Ismail’s request for the dissolution of Parliament contravened the constitution as it was not made on the advice of the Cabinet.

Lawyer Malik Imtiaz Sarwar, who represented Santiago, submitted before the Court of Appeal bench today that the decision to advise the King to dissolve the Dewan Rakyat was a nullity as Ismail did not have the support of his Cabinet members.

“Twelve ministers had written in asking the King not to dissolve the house,” he said. Moreover, he said, Ismail comes from a party with 37 MPs and 219 elected representatives.

Malik said a prime minister could independently ask for a dissolution only when he ceased to command the confidence of the majority in the Dewan Rakyat.

On the other hand, counsel Zulkefli Ahmad Makinudin, who has been given a licence by the attorney-general to represent Ismail, the government and the EC, submitted that a prime minister is entitled on his own accord to advise the King to dissolve Parliament under any circumstances.

Lawyer Hafarizam Harun, who assisted Zulkefli, said a statement from Istana Negara on Oct 10 did not state that Ismail had lost the support of MPs.

It, however, said the King was disappointed by the political developments in the country.

Comptroller of the royal household Ahmad Fadil Shamsuddin said the King hoped the EC would hold the general election quickly as the northeast monsoon was expected to begin in November.-FMT