Cyberjaya, the home for Malaysia´s APEC Summit then and now 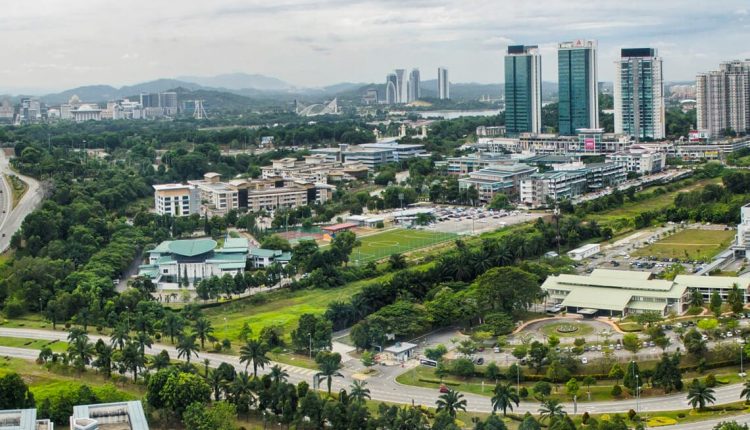 CYBERJAYA,  — More than two decades ago in 1998, Cyberjaya which was known then as the country’s Multimedia Super Corridor hosted the Asia-Pacific Economic Cooperation (APEC) 1998 leaders’ meeting.

During that time, Cyberjaya was just at the beginning of its development phase and was still new to the foreign investors.

To mark Cyberjaya as the location for Malaysia’s first APEC Summit, one of the main roads in Cyberjaya was named Persiaran APEC.

Today, the 22-year-old Cyberjaya was thrust into the limelight again by playing host to the official launch of APEC 2020 Malaysia.

Speaking at the launch of APEC 2020 today, Dr Mahathir walked down the memory lane on Cyberjaya as the home of Malaysia’s APEC summit.

“In 1998, when Malaysia first hosted APEC and I was the fourth Prime Minister then, we chose Cyberjaya for the Leaders’ Meeting as we wanted to showcase Malaysia’s Multimedia Super Corridor, our very own hub for the future development of the Information and communication technology (ICT), multimedia products and services,” he said in his speech during the official launch of APEC 2020 Malaysia today.

The Prime Minister said present-day Cyberjaya has lived up to its name and has been the home for various technology-related companies as well as government agencies.

“We (Malaysia) believe it is quite fitting for Malaysia to kick-start our second opportunity to host APEC at the same place as we did just over two decades ago,” he further said.

Malaysia is proud to be hosting APEC again after 22 years, said Dr Mahathir.

The year 2020 according to him, is indeed a significant year for APEC as it marks the end of the Bogor Goals which was idealised in 1994 and had been progressively pursued by member nations since.

He also viewed the economic scenario when Malaysia held its first APEC in 1998 and the second one next year as similar.

“In 1998, when we (Malaysia) first hosted APEC, many economies in the region were taking steps to mitigate the adverse impact of the 1997 Asian financial crisis and efforts were concentrated on restoring financial stability and strengthening economic growth,” the Prime Minister said.

However he added, the global economic community at that time rallied together and affirmed their faith towards globalisation as it would create more opportunities for many economies.

“Today, Malaysia will launch APEC 2020 against almost a similar backdrop when downside risks are continuing to build up and trade policy tensions are still with us,” said Dr Mahathir.

All these trends will continue to weaken investors’ confidence, leading to the diminishing trust in the benefits of global trade and investment to the everyday people, he further said.

Dr Mahathir said Malaysia embraces all these challenges with a vision to ensure APEC 2020 is a success where benefits from trade, investment and economic cooperation are felt and enjoyed by our people.

Set up in 1989, APEC operated as a multi-lateral trade and economic co-operation forum for 21 member economies aimed at boosting prosperity by encouraging a balanced, inclusive, sustainable, innovative and guaranteed growth by speeding up regional economic integration.