Dr M: Sosma must be reviewed to help differentiate between minor and major offences 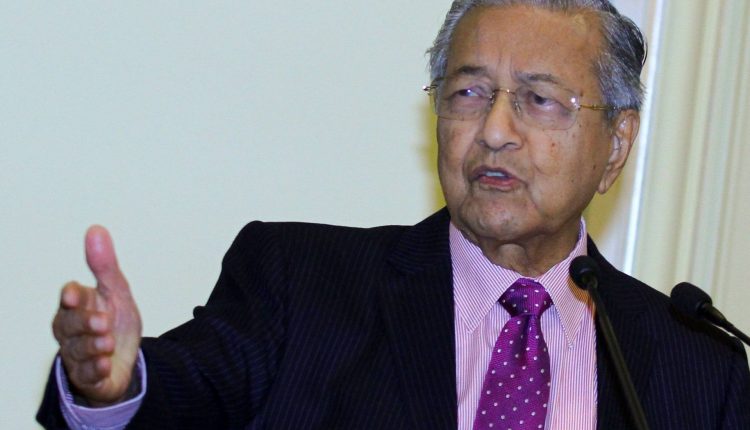 KUALA LUMPUR: There must a review of draconian laws such as the Security Offences (Special Measures) Act 2012 (Sosma) to differentiate between minor offences, and those posing a national security threat, says Prime Minister Tun Dr Mahathir Mohamad (pic).

“In implementing the law, powers need to be given to those responsible for implementing it, and in this case, the police.

“The police are responsible to gather clear evidence before taking action under the law, including Sosma.

“However, we feel the law (Sosma) is incomplete, as it is unable to differentiate between light and serious offences,” he said when answering a supplementary question raised by Datuk Seri Dr Edmund Santhara (PH-Segamat) during Minister’s Question Time in Dewan Rakyat on Tuesday (Dec 3).

Dr Mahathir said that Sosma is generally used to detain those involved in terrorism, such as equipping themselves with explosive devices or planning a murder.

However, he said there may be instances where a person is trapped into posing for a photograph with an individual, who is later identified as a terrorist.

“This is not the person’s fault, as he doesn’t even know the individual at all.

“Or if the person makes a donation of between RM200 and RM300, which is insufficient to bring down a government,” he said.

In such circumstances, he said that it is police who have to differentiate between alleged offences that lack sufficient evidence, and those posing a threat to national security.

“That is why we are reviewing the law (Sosma) as we need to differentiate between light offences and those that threaten national security,” he added.

Santhara had raised the recent detention of 12 individuals under Sosma for alleged links to the Liberation Tigers of Tamil Eelam (LTTE).

Santhara suggested that the Home Ministry comes out with guidelines so that members of the public may not end up being detained under Sosma, after unknowingly making donations to such groups.

To a question by Datuk Seri Dr Wee Jeck Seng (BN-Tanjung Piai), Dr Mahathir said that he had a change of heart with regards to draconian laws after listening to the people and lawmakers.

“I have listened to the reprimands and criticisms of many.

“The government is of the view that such laws need to reviewed so that innocent people are not subjected to them,” Dr Mahathir said.

Wee asked Dr Mahathir on why was there a difference in his view on such laws now, compared with when he was also serving as Prime Minister.

He listed the Sedition Act 1948, Prevention of Crime Act 1957, Printing Presses and Publication Act 1948, National Security Council Act 2016 and Sosma as such laws currently under review.

He noted any amendments or abolishment of such laws must be done carefully.

He said this was necessary in order to strike a balance for the need of such laws to protect national security, while ensuring it is not abused and used against innocent people. -The Star