Duo burnt to death in fire at house-cum-workshop 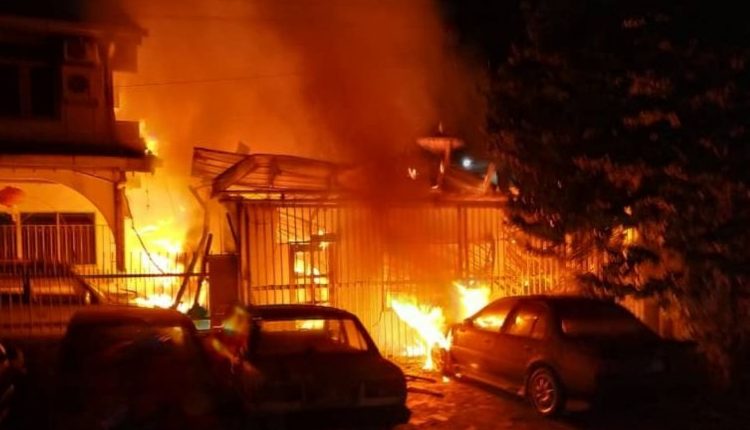 According to the state Fire and Rescue services Department, the two victims, which had yet to be identified, could not escape in the 2am fire that destroyed the house in Lane 16, Rejang Park.

The house doubled as a car repair workshop and storeroom for vehicle spare parts.

The department said it received a distress call at 2am and immediately despatched its firemen to the scene.

“When our firemen arrived at the scene, they were told that two persons were stranded in the house,” it added.

Several firemen entered the house and found two bodies in the toilet.

“Both possibly could not save themselves and died in the toilet of the house,” it added. -The Star