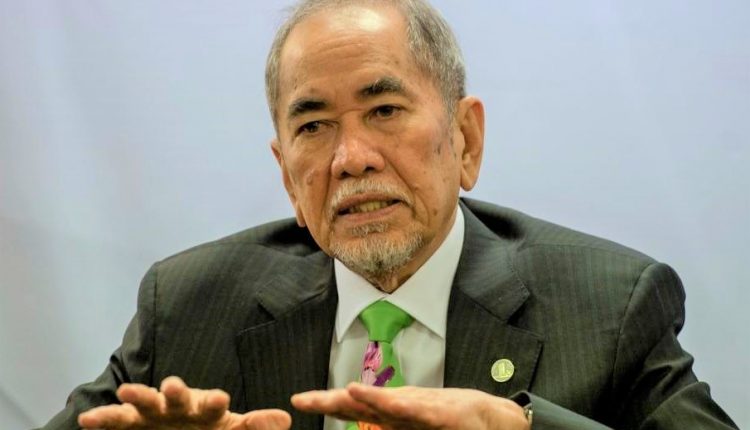 KUALA LUMPUR: Several improvements will be made by the Election Commission (EC), including extending voting time by an hour, to allow the public more time to cast their votes in the upcoming 15th General Election, said Datuk Seri Dr Wan Junaidi Tuanku Jaafar.

The Minister in the Prime Minister’s Department (Parliament and Law) said in a parliamentary written reply that these measures will be put in place to ensure that the election will be conducted in an efficient, fair and transparent manner.

“The voting time will be extended by an hour, starting at 8am to 6pm in the peninsula and 7.30am to 5.30pm in Sabah and Sarawak.

“This extension will give voters more time to cast their votes,” he said in a written reply to a question from Datuk Seri Muhkhriz Mahathir (Pejuang-Jerlun).

Mukhriz had asked what are the measures that will be taken by EC to ensure that the voter turnout will be high and to guarantee the transparency of the voting process during GE15.

Wan Junaidi said the number of voting centres and channels will also be increased, taking into account Undi18 and automatic voter registration.

“This is to avoid any congestion at the voting centres and channels,” he said.

A special lane for voters aged 60 and above and people with disabilities (OKU) will also be set up and limited to 450 voters, added Wan Junaidi.

The EC will also abolish the previous conditions for postal voting which was implemented in the 14th General Election, he said.

“With the abolition of these conditions, Malaysian citizens who are abroad and are registered voters are eligible to apply as postal voters,” said the minister in charge of law.

Previously, only those who have lived in or returned to Malaysia for 30 days or more in the past five years, could apply for postal voting.

Those who were living in southern Thailand (Narathiwat, Pattani, Yala, Songkhla and Satun), Singapore, Brunei, or Kalimantan, also did not qualify for postal voting and had to come back to vote.

“The EC with the cooperation of the Malaysian Anti-Corruption Commission (MACC) as well as the police view all offences and breaches of the law seriously that happened before, during and after the campaign period by any political parties or candidates.

“Any complaints lodged and breaches of election law lodged at the MACC and PDRM will be taken to follow up actions,” he said.-The Star