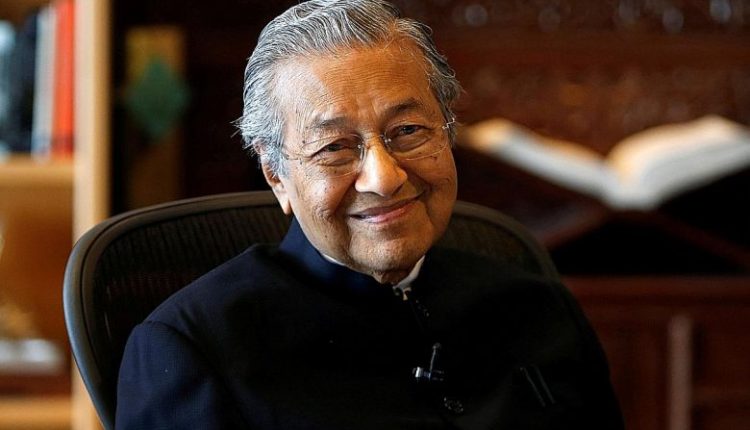 PONTIAN: Prime Minister Tun Dr Mahathir Mohamad is spending almost 16 hours over two days in Tanjung Piai in a bid to keep Pakatan Harapan’s hopes alive following reports that the coalition is trailing behind the Opposition.

Talk has been intense that Barisan Nasional is the favourite to win the by-election as sentiments favoured the Opposition.

He has also uploaded a video asking voters to attend his mega ceramah in Kukup, which has a vote base of more than 25,000 people, mostly Malays.

Attendance of the voters at Pakatan Harapan ceramah has been lacklustre and videoclips have been circulated showing the poor turnout, while those of the Barisan has commanded strong crowd attendance.

Many leaders from around the country, including Parti Pribumi Bersatu Malaysia president Tan Sri Muhyiddin Yassin, are also here attending walkabouts, speaking at ceramah and attending events hoping to convince the people.

Muhyiddin said Pakatan would be focusing on the 12% fence sitters as these voters had yet to decide, adding that its machinery had so far reported encouraging signs from the constituents following explanations on the government policies.

However, he said Pakatan should not be confident, adding that the remaining two days before polling day was very critical.

“There is about 12% fence sitters and they are waiting until the last minute to make their final decision.

“We know who they are because our polling district centres have their breakdown and we will contact them and ask for their cooperation to vote, ” he said, adding that those on the fence were between the ages of 25 and 45.

Pakatan, he said, would also be focusing on urging outside voters, including those working in Singapore, to come back and vote.

In Kuala Lumpur, Parliament House, which is meeting, is mostly empty as many MPs have come down to Tanjung Piai for the last few days of hectic campaigning to try to lock in the votes for their candidates.

Lamenting the attendance of the Pakatan MPs and ministers, senior Barisan lawmaker Datuk Seri Shahidan Kassim said the coalition would often deploy their division chiefs instead of having MPs to campaign.

“We could have easily called for a quorum, but that would disrupt the Parliament’s proceedings, ” he said.

The people in the constituency have also been busy attending talks and ceramah from both sides.

A trader known as Leong, 43, said that he had attended at least four ceramah from both sides since nomination day and he would be at the one given by Dr Mahathir as well.

“I went for talks with big names. Some were funny and it was entertaining, ” he said, adding that he had made up his mind.

Waiter Khairunaz Adul Samad, 24, said he attended BN ceramah more compared to the ones held by Pakatan and other parties.

“Barisan has been successful in pulling the crowd and I’ve been to three of their ceramah as they are much more interesting as they are able to relate with those coming from the lower and middle income groups like me, ” he said.

Sundry shop owner Tan Ah Lim, 70, said he attended both BN and Pakatan ceramah to learn about the views from the two sides.

“I want to be fair to all candidates contesting in the by-election, but Barisan and Pakatan have been good in attracting the crowds as they have big names in their teams, ” he said.

Factory worker R. Suresh, 31, said it had been a colourful few days in Tanjung Piai with many flags and posters of political parties around the area.

“Many people including leaders from Pakatan and Barisan have been coming here, and this is good for local businesses that have been suffering in the last couple of years.”

Promoter Nurshazwani Md Yaacob, 19, has never gone to a ceramah, but has kept herself abreast via social media and newspapers.

“I hope that this by-election will be over soon as roads around here are always congested due to the many cars coming from outside of Pontian, ” she said.

Trader Ho Teck Huat, 51, said he never went to any ceramah because of his work, but he had met some of the candidates who campaigned near his shop.

“I hope that whoever wins this by-election will keep the promises and be a good wakil rakyat to the people here, ” he said.