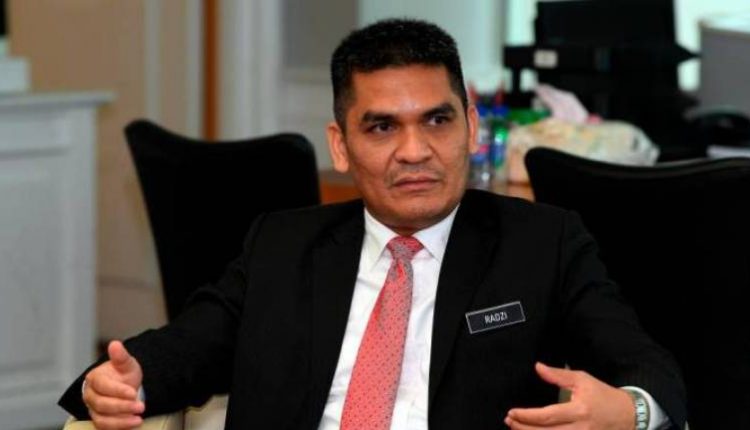 PAGOH: The Education Service Commission (SPP) has completed the recruitment process involving the first batch of teachers appointed under the special one-off initiative rolled out in an effort to resolve shortage of teachers throughout the country.

“The special one-off intake of teachers is being made according to phases since the number is many and we cannot recruit all 18,702 Education Service Officers on grade DG41 at one go.

“Having that said, the SPP has completed the recruitment of the first batch of teachers, in which, successful candidates teaching certain subjects have been issued offer letters under this special initiative.

“The ministry will decide on which schools the successful candidates will be posted,” he told reporters after visiting Sekolah Kebangsaan Semaseh here today.

Radzi however could not provide the actual figure on the successful candidates who were recruited in the first batch of teachers under the special one-off initiative.

“The SPP is now in the process of interviewing candidates to be recruited under the second batch of teachers,”

“This process is on-going and will be continuously carried out since the ministry wanted to immediately resolve the problem involving shortage of teachers which have been a long standing issue for many years,” he said.

The ministry in June this year had announced that make a special one-off intake of teachers involving 18,702 Education Service Officers on grade DG41 to fill vacancies throughout the country.

It was previously reported that application for the special recruitment were opened from July 7 to enable these teachers to be placed in schools in stages starting October.

Apart from Johor, other states which are in dire need of teachers included Selangor, Sarawak and Sabah.

On other matters, Radzi said the 2022 Budget will help to accelerate growth and development of the nation’s education sector.

He said the ministry is thankful that education was given the largest allocation which is 16 per cent of total RM322.1 billion proposed allocation under the 2022 Budget.

“We have segments in the education which require boost and the budget tabled recently will allow the ministry to do so,” he said.

For example the allocation for special needs students has been increased to RM50 million under the 2022 Budget compared to RM45 million during the previous budget.

“Alhamdulillah, many students, parents and schools will benefit from the 2022 Budget and that no one will be left behind,” he said.-NST