Five arrested, RM6.6mil worth of drugs seized in Perak 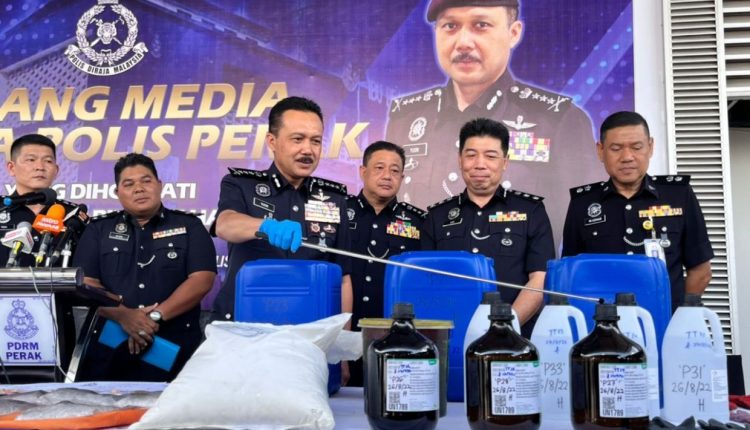 IPOH: About RM6.6mil worth of drugs were seized and five men arrested during an operation in Chenderiang, Tapah.

Perak police chief Comm Datuk Mohd Yusri Hassan Basri said more than 110kg of drugs, believed to be methamphetamine, were seized at a shed that was used as a processing and distribution centre during the raid on Friday (Aug 26) at about 9.45am.

“Two of the five men are brothers and the other three are friends.

“Three of the suspects also tested positive for drugs,” he said in a press conference at the state police contingent headquarters, here on Monday (Aug 29).

“We also confiscated two vehicles registered under one of the suspects and jewelleries worth RM161,375.

“They have been remanded for seven days from Aug 27 until Sept 2,” he said, adding that four of the suspects have prior records for house burglary and other crime.

Comm Mohd Yusri said the police also seized chemical substances and equipment believed to be used for processing the drugs.

He said the drugs are believed to be sold outside of Perak and can be distributed to more than 1 million drug users.

“Based on our initial investigations, they have been operating since June,” he said, adding that the case is being investigated under Section 39(B) of the Dangerous Drug Act, which carries a mandatory death penalty upon conviction.-The Star

2023 school calendar to start in March as scheduled