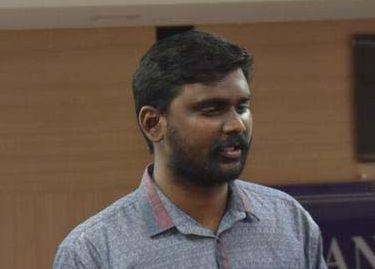 G. Saminathan, 34, who was charged with supporting and possessing items related to the Liberation Tigers of Tamil Eelam (LTTE) terror group was remanded at the Sungai Buloh Prison under Sosma.

Earlier, Ramkarpal argued that the judiciary had the power to grant or deny the bail application and the executive body could not interfere in the matter.

The lawyer said they accepted that it was not an easy matter for the court to grant bail, but to deny his client’s right to obtain bail was unreasonable.

Meanwhile, Muhamad Iskandar argued Sosma is valid in terms of legislation and the Federal Constitution.

“The laws under Sosma are also different and cannot be equated with other criminal laws. Imagine, if bail is granted, acts of terror will be repeated,” he said, adding that consideration for bail for detainees under Sosma could only be given to children, women and ailing people.

On Nov 1, Sessions Court Judge Rozina Ayob ruled that there was merit in the application made by the defence under section 13(2) of Sosma to refer constitutional matters concerning bail to the High Court.

The Court allowed the applications of Saminathan and 11 other men to refer constitutional issues on bail to the High Court.

They were charged in separate Sessions Courts here and several states on Oct 29 and 31 with allegedly having links with LTTE. – Bernama

Why do men die younger than women?