I’ll leave it to PM to decide my future, says speaker 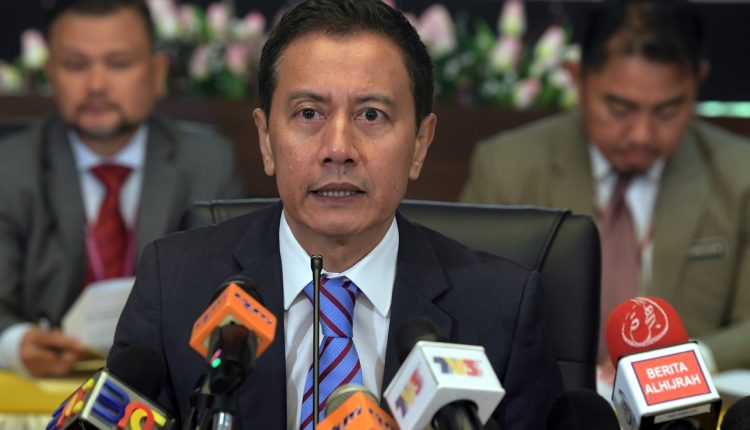 PETALING JAYA: Dewan Rakyat Speaker Azhar Azizan Harun says he will leave it to Prime Minister Ismail Sabri Yaakob to decide whether he should resume his duties at the next sitting on Sept 6.

“I became speaker by virtue of the majority of the Dewan Rakyat. It is up to the prime minister leading the current majority in the House to decide,” he was quoted by Utusan Malaysia as saying.

“I have throughout this time carried out all my duties according to the Standing Orders and the Federal Constitution.

“I deny all allegations that I have acted unfairly towards any parties. In fact, I feel that justice must also be given to me as the speaker,” added the former Election Commission chairman.

There were intense calls for Azhar and then law minister Takiyuddin Hassan to resign last month following revelations that the Yang di-Pertuan Agong had not consented to the revocation of the emergency ordinances (EOs).

When MPs questioned Azhar about Takiyuddin’s claims that the EOs had been revoked on July 21 and whether it was done with the King’s consent, Azhar stuck to his guns and allowed Takiyuddin to provide an explanation the following week.

However, an Istana Negara statement pointing out that no such consent had been given sparked chaos in the House with shouts of “derhaka” (treason) and calls for then prime minister Muhyiddin Yassin, Takiyuddin and Azhar to step down.

On Monday, Umno’s Pengerang MP Azalina Othman Said resigned as Dewan Rakyat deputy speaker, citing moral, personal and political conflicts. She also said she was vacating her seat for the government and opposition to “reset” the Dewan Rakyat at its September sitting.