Muhyiddin: Ban on comic book due to content, not sentiments against any parties 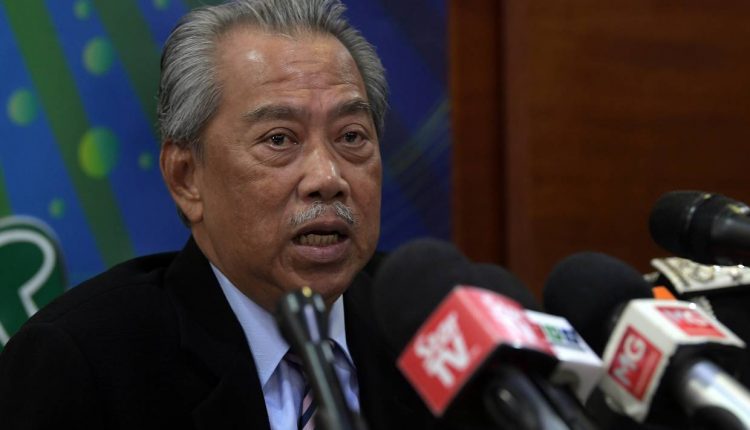 KUALA LUMPUR: The decision to ban the “Belt & Road Initiative For Win-Winism” comic book is not due to any sentiments or actions against any parties, says Tan Sri Muhyiddin Yassin (pic).

The Home Minister said the ministry had studied it in detail and there was firm basis to ban the comic book.

“It is not based on sentiments or action against any parties, but based on its content,” he told reporters at the Parliament lobby on Thursday (Oct 24).

The ministry said in a statement on Wednesday (Oct 23) that the publication was found to have content that could “endanger public order and security” and also “distort the mind of the public”.

He added that since the books had been distributed to schools, the Home Ministry had viewed the matter seriously.

“That is why I have taken immediate action,” added Muhyiddin.

He also urged all parties not to read or use the book anymore.

Asked if the comic book was still available in schools, he said he had communicated the matter to the Education Ministry.

“It is up to them and the wisdom of the school management,” he said.

The prohibition order, gazetted under Section 7(1) of the Printing Presses and Publications Act 1984, specifies that “the printing, importation, reproduction, publication, sale, production, circulation, distribution or possession of the publication is strictly prohibited in Malaysia”.

Any individual perpetrating the act could be jailed not exceeding three years or fined not exceeding RM20,000 or both if found guilty as stipulated under Section 8(2) Act 301.

The prohibition order applies to all three languages that the comic book is published in – English, Bahasa Melayu and Mandarin.

The comic book was produced by Hew Kuan Yau, a former DAP member and the curator of Asian Comic Cultural Museum, in collaboration with local artist Chong Po Ling.

The book supports the Belt and Road Initiative (or the New Silk Road), talking about the vision behind the initiative and its benefits, narrated by two cat characters, Aisha and Komie.

It was reportedly distributed to the libraries of some schools without the knowledge of the authorities, sparking controversy for bringing politics into the classroom. -The Star