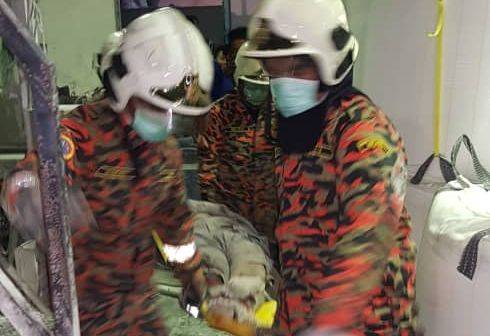 IPOH (Bernama): A Nepalese man was killed after falling into a flour-cooling machine at a factory in the Tasek Industrial Area here Thursday (Sept 26) night.

Ipoh Fire and Rescue Operations chief Mohd Mahir Mat Saad said a distress call was received at 8.47pm and firemen took about 10 minutes to remove the 37-year-old victim’s body from the machine.

“11 firemen from the Ipoh Fire and Rescue Station including the Emergency Medical Response Service (EMRS) unit were rushed to the scene upon receiving the call,” he said when contacted by Bernama here.

He added that the victim’s body had been handed over to the police for further action. -Bernama