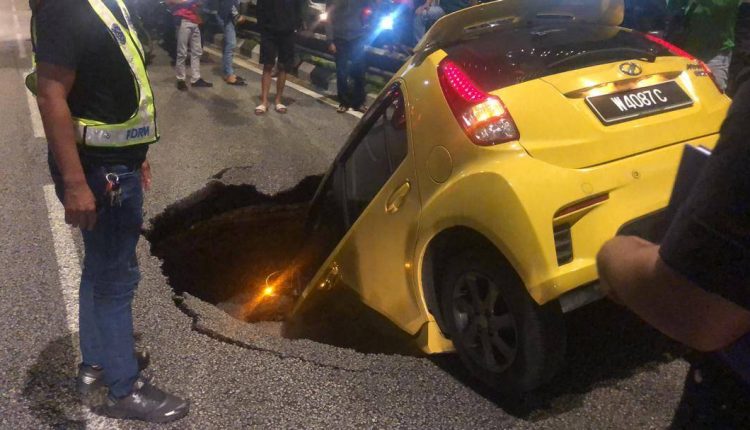 “A 42-year-old woman was driving her car along the road when the sinkhole appeared. She could not avoid it and the vehicle fell in,” he said when contacted Monday (Nov 25).

ACP Zulkefly said the driver was not injured in the incident.

“Kuala Lumpur City Hall is in the midst of filling in the sinkhole and repaving the affected road,” he said. -The Star