Tengku Zafrul: Malaysia’s inflation may reach ‘around 11%’ in subsidies’ absence 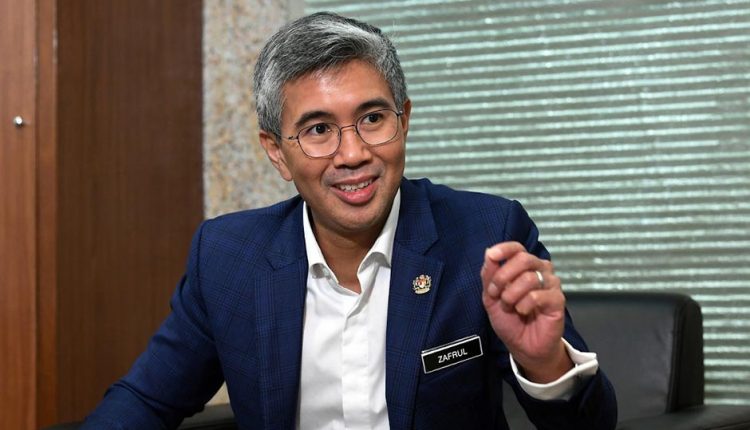 KUALA LUMPUR (Aug 5): Finance Minister Tengku Datuk Seri Zafrul Abdul Aziz has said Malaysia’s inflation may reach “around 11%” if the country does not implement subsidies for essential items like fuel.

“We have inflation under control, relative to our neighbours and relative to what we are seeing in the rest of the world. [Malaysia’s] inflation is forecast to be 2.2%-3.2%. In fact, for the first six months of the year, inflation was around 2.5%, and that was largely due to the large size of subsidies that we introduced,” he said in an interview with CNN on Thursday (Aug 4) evening.

Malaysia’s inflation, as measured by the Consumer Price Index, increased 3.4% year-on-year (y-o-y) in June, led by costlier food, the Department of Statistics Malaysia said on July 22.

Nonetheless, Tengku Zafrul acknowledged that the current blanket subsidy policy is not sustainable for the country, but it is necessary for economic recovery in the short term.

“We do not want to pull the handbrake too soon,” he said, adding that Malaysia still has fiscal space to maintain the current subsidies in 2022 given that Malaysia’s current 60% debt-to-gross domestic product (GDP) ratio is still below the country’s statutory debt ceiling at 65% of GDP.

“Having said that, we are cautious as well, monetary policy is tightening also in Malaysia,” he said, referring to Bank Negara Malaysia’s (BNM) recent two rounds of overnight policy rate (OPR) hikes of 25 basis points (bps) each.

BNM said on July 6 its Monetary Policy Committee (MPC) decided to increase the OPR by 25 bps to 2.25% as the unprecedented Covid-19-driven conditions that necessitated a historically low OPR continued to recede.

Prior to Malaysia’s latest OPR hike, the MPC on May 11 increased the OPR by 25 bps to 2% from a record low of 1.75% as global inflationary pressure increased sharply and as sustained reopening of the global economy and improvement in labour markets continued to support the recovery of economic activity from the impact of Covid-19-driven movement restrictions, according to BNM.

In terms of economic growth, Tengku Zafrul said despite the US economic slowdown, the Malaysian government is still optimistic about recording GDP growth in 2022 due in part to low base effect and economic reopening.

However, he cautioned that the challenge lies in 2023, when asked whether Malaysia could avoid a recession given that the country is an open economy with an estimated 120% trade-to-GDP ratio.

“We will need to see how the world economy performs. Then that is when we really need to relook at some of our policies,” he said.

Taiwan Strait tension
Tengku Zafrul said Malaysia is also keeping a close watch on geopolitical tension along the Taiwan Strait due to the ongoing Chinese military exercises, sparked by US House of Representatives Speaker Nancy Pelosi’s visit to Taiwan, because Malaysia’s external trade may be affected if such tension intensifies.

“China is very important to Malaysia in terms of trade, being our biggest trading partner. There is a risk of [economic] slowdown if that (geopolitical tension) happens.

“Regional stability is crucial for our [economic] recovery. Everything is very fluid and we will monitor this very closely,” he said.

Sri Lanka’s foreign exchange reserves have reportedly dropped to record lows as its economy contends with the Covid-19 pandemic impact and a steep fall in government revenue.

Tengku Zafrul said Malaysia’s economy is more diversified than Sri Lanka’s, which is much more focused on tourism.

“Sri Lanka is also facing twin deficits (fiscal and current account) and we are not,” he said.

According to Tengku Zafrul, Malaysia, which is a net exporter of commodities, has international reserves of more than US$100 billion compared with Sri Lanka’s of less than US$5 billion.