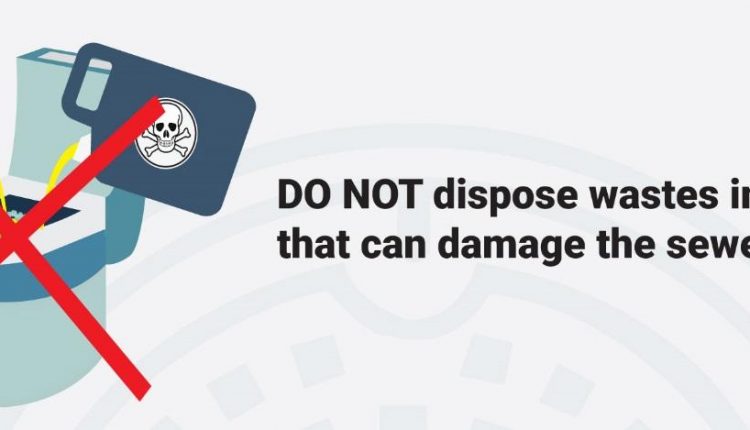 IN THE past few months, there have been media reports muddled with stories on irresponsible actions by perpetrators on our environment.

In March 2019, when the illegal disposal of chemical waste polluted Sungai Kim Kim in Johor, it affected 6,000 victims and 111 schools were shut temporarily. The Government approximated the cost of cleaning up the 1.5km stretch of Sungai Kim Kim at RM6.4mil that subsequently called for the strengthening of enforcement and environmental law to care for our environment.

More recently, the severe pollution cases in Sungai Semenyih and Sungai Selangor have inconvenienced the public due to the transgressions of individuals and entities on our environment.

The substance flowed into Indah Water Konsortium’s (IWK) sewage treatment plant (STP) in Bandar Mahkota, and IWK took immediate action by momentarily halting the operations to prevent the flow of substance into the river, attributed to the available capacity within the plant.

Separately, in July 2019, a thick layer of black oil that was found at the entry point of IWK’s STP in Batang Kali was quickly cleaned up after it was detected. The Selangor Water Management Authority (LUAS) conducted an investigation and found that the black oil was believed to have come from the industrial area around IWK’s STP. This intrusion which is similar in nature to the incident in Semenyih can impact the environment severely.

As the national sewerage company, IWK operates and maintains almost 7,000 sewage treatment plants across more than 19,400km of sewer pipelines. Currently, IWK provides sewerage services to approximately 26 million population equivalent. These STPs are designed to only treat domestic wastewater; hence, the public can imagine what will happen when these substances enter into the STPs – in a larger picture, it disrupts the natural water cycle.

Let us imagine, for a minute, in this hypothetical, but almost materialised situation – if the substance enters the river, it will pollute the water. Polluted water from the river that are collected at reservoirs that are channelled to the water treatment plant, before being distributed to consumers. As a consumer, you may be unaware that the water you are consuming is heavily polluted, due to the irresponsible actions of the perpetrators. How would you feel? This situation could be beyond salvageable.

IWK undertakes a huge responsibility as a company managing sewerage systems which impact the lives of the people. Such incidents that cause harm to our health and well-being shouldn’t be tolerated. In nature, the act of dumping illegal waste is akin to any criminal conduct as it threatens the public health and the survivability of future generation.

The National Water Services Agency (SPAN) will take stringent actions against the perpetrators under Section 61(1) of the Water Services Industry Act 2006 (Act 655), whereby a person who commits the offence is liable to a fine of up to RM100,000 or jail sentence of up to one year, or both.

At the same time, SPAN chairman Charles Santiago voiced out that tougher penalties and enforcement efforts must be in place to preserve the quality and cleanliness of the water supply.

As the Government strives to impose harsher punishment on wrongdoers in respect of the environment, the Ministry of Energy, Science, Technology, Environment and Climate Change (MESTECC) has put through their proposal for the existing Environmental Quality Act 1974 (EQA 1974), found on their website in May 2019.

These proposed amendments include a variety of elements to spruce the enforcement of the act, including the establishment of an Environmental Protection Council comprising representatives from various institutions to advise the Minister on the proposed Act as well as matters referred to the council by the Minister. Meanwhile, informers will be given a reward for any service, information and assistance in tracing any offence as well as witness protection in legal proceedings.

The Ministry has taken a considerable stance in curbing this issue and likewise, IWK is viewing these irresponsible acts seriously. The heinous crimes of these perpetrators can jeopardise public health and the environment if they go unnoticed and unpunished.

In tandem with that, Water, Land and Natural Resources Minister Dr Xavier Jayakumar had also voiced out the intent to review by-laws and legislation to better protect Malaysia’s water resources to ensure there will be stricter enforcement when it comes to taking action against unscrupulous parties that contaminate water resources.

Dr Xavier said that among the laws that will be reviewed is the Water Services Industry Act 2006 and if everything falls in place, the ministry will be able to table it in Parliament by the end of next year.

Likewise, IWK beseeches the Government to have stringent enforcement and punitive measures so that the environment can be better preserved, sustaining a healthy standard of living for all Malaysians.

Having said that, IWK also seeks public cooperation to report any suspicious act or incidents should they come across by contacting the authority or IWK at 03-2083 2828 or log on to their website at iwk.com.my. – The Star

A new US gaming company wants to disrupt the industry