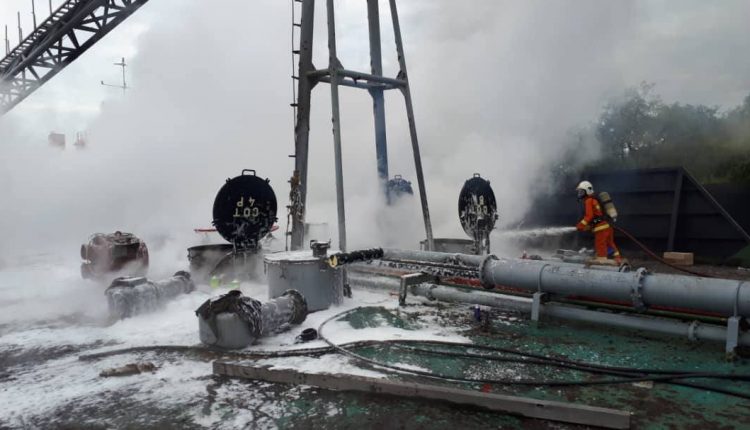 MIRI: An oil tanker berthed at the Demak Laut shipyard in southern Sarawak caught fire at about 9am on Tuesday (Nov 26).

Swift action from firefighters managed to prevent the fire from spreading on the ship and averting a possible explosion.

Sarawak Fire and Rescue Department, in its latest update, said Bomba teams from Tabuan Jaya and Petra Jaya fire stations are still at the shipyard fighting the fire.

“Our Bomba teams are containing the fire and we are also using foam to douse the flames.

“The situation looks to be under control,” said Bomba Sarawak at 10.15am.

The cause of the fire is still unknown but at this stage, two persons have been rushed to the hospital for varying degrees of burns.

One of the victims is said to be in serious condition, said Bomba Sarawak.

Demak Laut shipyard is located about 25km in the outskirts of Kuching city. -The Star