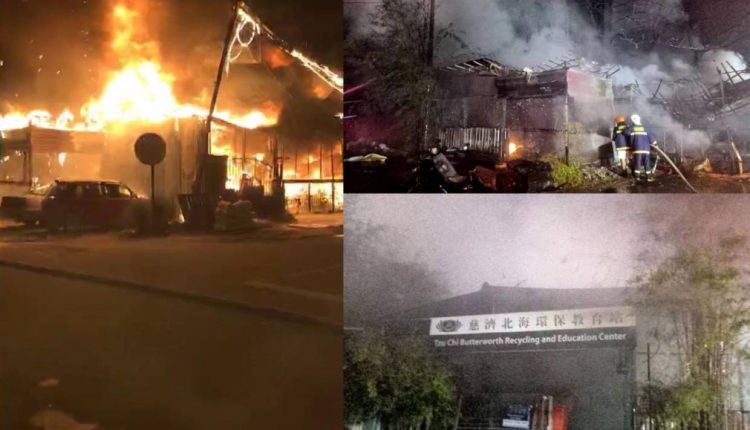 BUTTERWORTH: A fire which broke out at the Butterworth Tzu Chi Recycling Education Centre on Jalan Mohd Saad here razed everything in just minutes.

Penang Fire and Rescue Department (fire operation and safety) officer Supt Nafis Ariff Abdullah said firemen rushed to the scene upon receiving a distress call at 12.50am and found the fire raging within the premises.

“We managed to put the fire under control within 15 minutes, but 100% of the building was damaged by the fire.

“Three cars parked within the storage compound were also damaged,” he said.

No other casualties were reported. -The Star