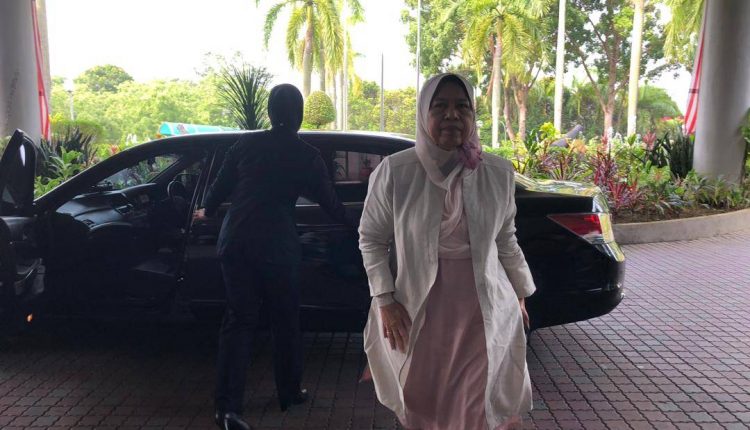 SHAH ALAM: It is up to the police to decide the next course of action in fireman Muhammad Adib Mohd Kassim’s case, says Zuraida Kamaruddin.

The Housing and Local Government Minister urged for Malaysians to accept the findings of the inquest and not to racialise the issue.

“I leave it to the police to take further action.

“I hope Malaysians can accept this decision well. Do not let this be politicised, do not bring up religious and racial issues.

She added that her ministry and the Fire and Rescue Department had used a “broad range of channels” to ensure Muhammad Adib had a proper hearing.

She added that she had met Muhammad Adib’s brother Mohd Ashraf and aunt at the court complex and would meet with the father, Mohd Kassim Abdul Hamid, who is on the way from Kedah, later at night.

Adib, 24, became critically injured in the early morning of Nov 27 after he and his team members from the Subang Jaya fire station responded to an emergency call at the Seafield Sri Maha Mariamman Temple where a riot was taking place.

The fireman was taken to SJMC after he was found injured, before being transferred to the National Heart Institute (IJN) for further treatment, where he later died on Dec 17, at 9.41pm.

Meanwhile, the workers union from the Fire and Rescue Department expressed satisfaction over the verdict in Muhammad Adib Mohd Kassim’s inquest.

“I am thankful to Allah (God) for giving us this decision for Muhammad Adib’s family, which was in our favour,” he said.

He expressed his thanks to the family lawyers, NGOs and government departments for supporting the case. -The Star