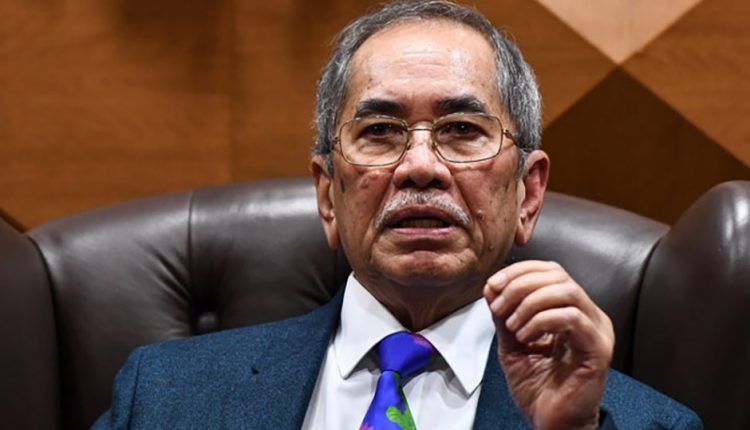 KUALA LUMPUR: Putrajaya will not appeal against the Kuching High Court’s decision to order the Election Commission (EC) and the government to implement the lowering of the voting age from 21 to 18 by Dec 31 this year, said de facto law minister Datuk Seri Wan Junaidi Tuanku Jaafar.

The Minister in the Prime Minister’s Department said this was decided in a Cabinet meeting on Sept 10.

“The Cabinet has decided not to appeal the High Court decision,” he said during Ministers’ Question Time in Parliament on Tuesday (Sept 21).

He was responding to Gobind Singh Deo (PH-Puchong) who asked about the status of Undi18 and the steps which the government will take in implementing it.

In July 2019, Parliament had passed a constitutional amendment in July 2019 to lower the minimum voting age to 18 and to allow automatic voter registration.

In response, the EC said in March this year that the proposed amendments can only be implemented by September next year.

A group of Sarawakian youths representing the Undi Sarawak movement filed an appeal on May 3 and on Sept 3, the Kuching High Court ordered Putrajaya to implement Undi18 by Dec 31 at the latest.

On this,Wan Junaidi said the Kuching High Court decision on Sept 3 included an order to implement the automatic voters registration together with Undi18 by Dec 31 this year.

“For your information, the Kuching High Court decision stated that Undi18 must be implemented together and it cannot be separated.”

He said this in response to Syed Saddiq Syed Abdul Rahman (Independent-Muar), who asked if there would be issues on the implementation of automatic voter registration.

Elaborating, Wan Junaidi said a Constitutional amendment is needed if the implementation of Undi18 and automatic voter registration were to take place at different times,

Wan Junaidi added that there may be future engagements with the relevant stakeholders in future over the implementation of Undi18 and automatic voter registration.

“God-willing, we will implement what was decided by the High Court,” he added. -The Star