What is the real reason for the LTTE arrests? 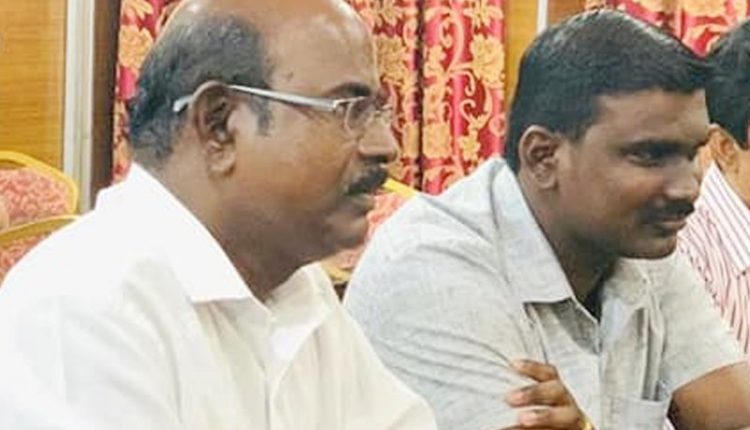 PERHAPS the introductory caveat of this article should be: objectively speaking, we must be open to the possibility that the statements by some of the police could be absolutely true.

It could be true that there are people in Malaysia who are closely aligned to the Liberation Tigers of Tamil Eelam (LTTE) and who have been planning to execute extremely violent terrorist attacks.

In the spirit of objectivity and openness, we must admit this possibility.

Now that we have done so, however, let us – as non-speculatively as possible – try to examine some of the context surrounding this controversy and its contingent probabilities.

Even without these two arrests, a crackdown on alleged LTTE-related terrorism would still raise eyebrows.

The chief reason for this of course is that the Sri Lankan civil war involving the LTTE, also known as the Tamil Tigers, ended no less than 10 years ago.

The obvious questions that arise are these: What would an overseas LTTE-related attack be trying to achieve then? Could it possibly have any bearing to the essentially abandoned endeavour to create an independent Tamil state in Sri Lanka?

A cursory Google search suggests that terrorist attacks outside Sri Lanka related to the LTTE are rare events – one would imagine especially so in the last decade.

None of this should be reason to underestimate the emotive connection many Tamils around the world have to the LTTE.

I’m sure even 10 years on, it is an emotional hot-button issue for many people – perhaps one that even could spur a few individuals into doing something stupid.

Over a year ago, I wrote elsewhere about how conflicts in places like Sri Lanka and Palestine served as “proxy wars”, and how this has affected inter-communal relations here in Malaysia.

All that said, the available evidence suggests that here and now in Malaysia, there is no logical impetus or motivation for any group to be planning some sort of violent terrorist act in support of an organisation that has been defunct for a decade, in a country thousands of kilometres away.

Simply put, what would it achieve?

Supporting the LTTE has likely long been popular among local Tamils, but perpetrating an act of violence in their name? That would only make you a “hero” to a negligibly small number of people here. In the eyes of most Malaysians, Tamil or otherwise, “evil” is what it would make you.

I’m certain most people – certainly people who want to win elections – are aware of this.

Speaking of evidence, we should perhaps take a critical eye to the claim by the police that they have massive evidence to support these arrests, a claim the Prime Minister Tun Dr Mahathir Mohamad himself has (worrisomely) said he found “satisfactory”.

This claim raises one pivotal contradiction: If there is so much overwhelming evidence, why were these individuals detained under Sosma?

Detention without trial has a long history in Malaysia. We all know of the Internal Security Act (ISA), which Dr Mahathir famously used against his political opponents (now turned political allies). There is also the Emergency Ordinance and the Dangerous Drugs Act.

All of these laws are essentially designed to circumvent the normal legal process, which has reasonably stringent requirements surrounding the detention of individuals.

In essence, under Malaysia’s legal system, credible and compelling evidence that holds up in a court of law is required to detain an individual for any significant period of time.

Laws like the ISA circumvented this requirement, and basically gave power to the authorities to arrest whoever they want, for however long they want, with no judicial review.

This led some to call the ISA the “Ikut Suka Aku” (do whatever I want) law, because it literally gave the government absolute power to lock anyone up, for any “reason” it deemed fit.

The “justification” was that sometimes it was necessary to lock people up, even when there was not enough credible evidence.

Civil society and political parties campaigned long and hard against the ISA, and with good reason. Achieving this goal was bittersweet – when the ISA was finally repealed, it was replaced with Sosma, which still allowed for detention without trial, ostensibly as relates to terrorism and “national security” (vaguely defined, as always).

So the contradiction is this: if the police do indeed have extremely credible and compelling evidence as they claim, why were these individuals detained under Sosma and not under existing laws such as the Penal Code?

After all, there are more than enough laws under which you can prosecute people for planning violent terrorist acts – assuming the police do indeed have the credible evidence they say they do.

This entire episode is indeed perplexing if viewed from the lens of the dormancy of the LTTE, and the use of Sosma despite having “overwhelming credible evidence”.

It is less perplexing if viewed in the context of how oppressive laws have historically been used in Malaysia to detain people without trial.

For a long time, the ISA was marketed openly by some politicians as a “tool of Malay power” – a way to come down hard on non-Malays who acted “impertinently”.

As issues surrounding race relations are once again heating up, one cannot help but wonder whether this is the backdrop against which some rather dubious arrests are being made.

Is this the powers-that-be trying to flex their muscles (especially ahead of the Tanjung Piai by-election), and demonstrate that they are still a “strong” government which looks out for certain ethnic interests at the expense of others?

Is this perhaps an attempt to force even further polarisation of race relations?

The latter seems particularly likely if we examine the fallout from these arrests. Almost instantly on cue, we see the political fallout being organised along the same old ethnic fault lines that dominated “Old Malaysia”. The same old narratives (which can sometimes be summarised as: DAP is the devil!) from decades past are fast being recreated.

Perhaps this is all part of the larger reactionary response towards the changes brought about in the wake of the 14th General Election (GE14). Perhaps it is made possible because the government today has failed to provide the new narrative necessary to make a genuinely “New Malaysia”.

Once again, if the police do eventually (sooner rather than later) provide compelling, credible, and ultimately convincing evidence that the people they arrested were indeed plotting violent terrorism in the name of the LTTE or anyone else for that matter, then they should get a well deserved pat on the back (though not for using Sosma).

Until such a time however, given the available facts, I think many a Malaysian can be forgiven for remaining somewhat sceptical. – The Star