Youths aged 18 can now stand for election in Penang 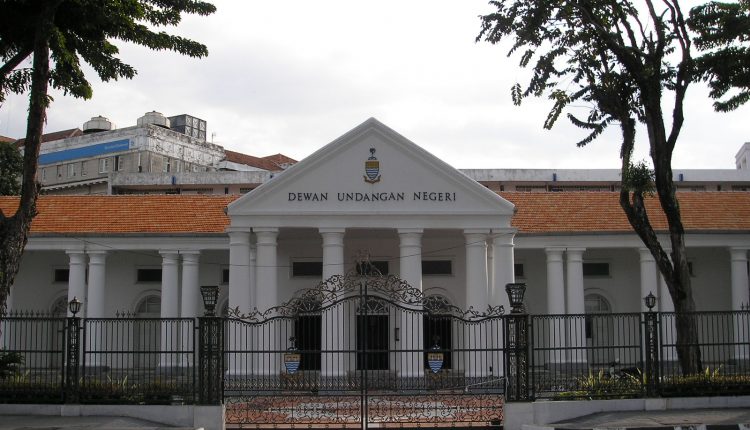 GEORGE TOWN: Penang has passed a law allowing those aged 18 and above to be candidates for state seats in the next polls.

In an amendment to the state’s constitution today, the present age cap of 21 to be a member of the legislative assembly was reduced to 18 after bipartisan support from the 40-seat assembly.

The amendment involves amending Article 12 of the Penang State Constitution, which concerns the requirements to be a member of the House.

The amendment was moved by Soon Lip Chee (PH-Bagan Jermal), who said Penang will be the seventh state after Sabah, Perlis, Terengganu, Sarawak, Kelantan and Perak to permit those aged 18 and above to stand for election.

A total of 3,475 people participated in the online survey held between December and June, with the respondents aged 15 to 35.

Citing the statistics department which stated that 35% or 624,000 of the state’s population of 1.77 million were aged 15 to 34, Soon said it was therefore imperative that they be allowed the chance to take on an active role in Penang’s politics.

“The move will also bring us on par with countries like Australia, Canada and the UK in allowing those above 18 to contest in elections,” he said.

The Election Commission reported that there were 5.6 million people aged 18 and above who have yet to register as voters, and of the number, 1.2 million were between the ages of 18 and 20.

During the debate on the new law, Daniel Gooi (PH-Pengkalan Kota) said more youths should be encouraged to register as voters, pointing out that five million people had failed to do so.

He said words such as “atuk” and “cucu” had been used in the Dewan Rakyat to discriminate against younger elected representatives because of their age.

Gooi said stricter standing orders should be put in place at the Penang assembly to ban offensive remarks related to age or gender.

Satees Muniandy (PH-Bagan Dalam) agreed with Gooi, saying “youngsters” and other condescending remarks should be banned in the assembly.

He said, however, that the government should ensure that the “TikTok generation” must be educated about parliamentary democracy before their foray into politics.

Opposition leader Muhamad Yusoff Mohd Noor (BN-Sungai Dua) said the lowering of the age cap was welcome, noting that Prophet Muhammad had entrusted youths to be his lieutenants in his lifetime.

Jagdeep Singh Deo (PH-Dato Keramat) then spoke of his personal experience, at the age of 17, seeing his late father, Karpal Singh Deo, being a political detainee under the now abolished Internal Security Act.

“I was 17 and had no way of entering politics then. I was reading law at that time and when I returned to see him, he was handcuffed to his bed at the Taiping Hospital.

“At that time, I was all fired up and wanted to join politics, but I could not, simply because I was not 21 yet.

“This is why lowering the age cap is a welcome move. Younger minds will lead us further.”