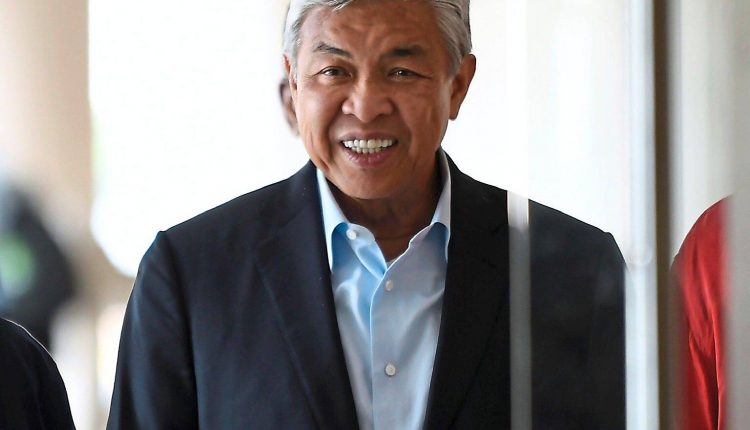 “Six payments were made between Feb 19 and Oct 29, 2014 for Mastercard Gold and Visa Platinum.

He said this when reading his witness statement during the examination-in-chief by deputy public prosecutor Lee Keng Fatt on the fourth day of the trial of Ahmad Zahid, who faces 47 charges involving Yayasan Akalbudi funds totalling millions of ringgit.

“Referring to the credit card statement dated June 24, 2014, the Visa card was used in one retail transaction here for the amount of RM5,900.

“The statement dated July 24 in the same year shows a few retail transactions made in Kiev, Ukraine, with the total amount transacted of RM7,604.90.

“Referring to the statement dated May 26 and June 26, 2015, the Amex card was charged to three retail and a supermarket transaction in Seoul for RM32,446.46,” Anoop said.

The witness also said that the Mastercard account was closed on April 16, 2014 while the other two cards were still active.

“The Visa and Mastercard have a combined credit limit of RM70,000.”

Ahmad Zahid, 66, had pleaded not guilty to a total of 47 charges, 12 of which are for criminal breach of trust, eight for bribery and 27 for money laundering involving millions of ringgit belonging to Yayasan Akalbudi.