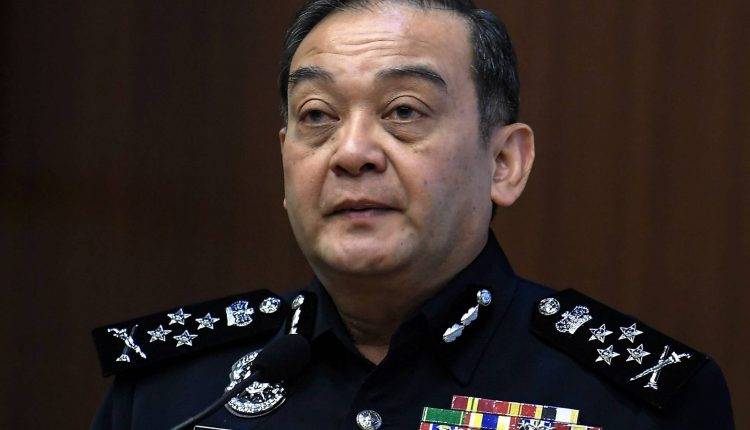 KUALA LUMPUR: Many complainants are claiming that they are facing difficulties in lodging police reports in the past one or two months as the Police Reporting System (PRS) is in the midst of being upgraded.

It is learnt that as the upgrades are being carried out, the current system has become unstable, causing long waits in police stations.

Some have resorted to trying their luck at different police stations to lodge their reports.

Deputy Inspector-General of Police, Datuk Mazlan Mansor (pic), confirmed that the police force is in the midst of upgrading its PRS.

“It is an ongoing work to improve the system, and there have been cases of temporary disruption that prevents people from lodging reports using the system.

“However, members of the public can still lodge reports manually at any station,” he told The Star as he appealed for patience.

“It is never our intention to inconvenience the people in any way.

“We are working tirelessly to ensure the upgrades are completed as soon as possible with the ultimate goal of delivering the best service to the people,” Mazlan said.

Meanwhile, a police personnel said he has also faced such issues when using the PRS.

“The system is in the midst of being upgraded, and the new system is still unstable.

“Because of this, there are times when it goes offline or hangs, and we are forced to restart it,” he said.

He said they have been told whenever they face problems with the system to contact the unit at Bukit Aman in charge of the PRS.

“I have contacted them several times and the response is positive. The unit will try their best to give the personnel advice on how to deal with the problem and come up with solutions,” he said.

Another personnel said the PRS is an all-encompassing system that records all kinds of complaints or reports.

“They are upgrading the system as we speak, but during this time, it affects those who come in to lodge reports,” he said.

Perak police said there have been no reports of serious breakdowns with the reporting system.

According to state police chief, Comm Datuk Razarudin Husain, he has yet to receive any complaints or reports from any of his department heads over the issue.

“Even if there are, it is probably due to the internet connection that may have caused some delay. I think this is common, not only affecting the police but all government agencies,” he said.

Meanwhile, Johor state police chief Comm Datuk Mohd Kamaruddin Md Din said that even with the breakdowns, the police have their ways to ensure reports can still be recorded.

“The breakdowns do not affect our service as we are able to take reports using older methods which are offline,” he said, adding that they will then upload the reports when the system is back online. -The Star