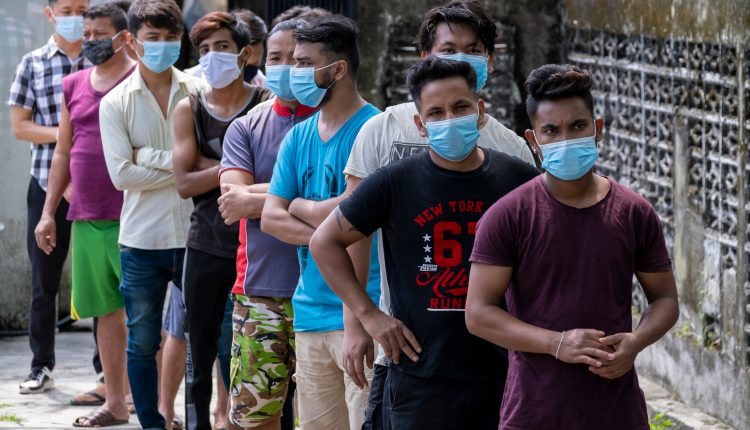 PETALING JAYA: Within the next three years, some 500,000 workers from Bangladesh will be employed in Malaysia through the new memorandum of understanding (MOU) signed by both countries.

According to Bangladesh High Commissioner to Malaysia Golam Sarwar, the first batch comprising 53 Bangladeshi workers were brought into the country last week as part of the MOU to work in the manufacturing sector.

However, industry players hoped more could be done to boost the country’s productivity, and called upon the government to simplify the recruitment process for foreign workers, not just from Bangladesh but other countries.

Malaysian Human Resources Association president Zarina Ismail said Bangladesh workers would only help to fill the gap in certain sectors such as manufacturing.

“Other sectors like plantations will need to recruit from other countries.

“It’s hard to agree that Bangladesh will become the favourite source country as there are already 23,000 Indonesian workers waiting for approval to seek employment in Malaysia,” she said.

He said the labour shortage was a critical issue as revealed in the Business and Economic Conditions Survey in the first quarter of 2022 with 53.8% of respondents experiencing such a situation.

“Malaysia is still very dependent on workers because some businesses are not fully automated.

“Now, orders cannot be fulfilled due to labour shortage, so exporters are in a dilemma,” he said.

Koong said there should be a one stop referral centre for the recruitment of foreign workers and the labour retention process simplified to help ease the problem.

“Foreign labour is under the purview of multiple ministries and agencies. If this can be simplified under one ministry and one agency, it will be better,” he said. Federation of Malaysian Manufacturers president Tan Sri Soh Thian Lai said Malaysian employers were in favour of hiring Bangladeshis due to their high work commitment.

He said majority of Bangladesh nationals were quick learners, cooperative and quick to adapt to the local working environment.

“They are highly productive with minimal absenteeism, willing to work overtime and to be transferred to any section without hassle,” he said.

Association of Employment Agencies Malaysia vice-president Suresh Tan said employers preferred Bangladeshi as they were hardworking, especially those in the manufacturing and construction sectors.

“They are able to be trained faster and adapt as majority of them are Muslims. But in the plantation sector, Indonesians have the expertise,” he said.

Suresh also said the recruitment process for Bangladeshis should be standardised and transparent.

SME Association of Malaysia president Datuk Ding Hong Sing said Bangladeshi workers were welcomed by the industry as they are hardworking.

“Our members welcome them to work here because without workers, we cannot increase productivity and revive the economy,” he said.– The Star

Job mismatch the bane of grads