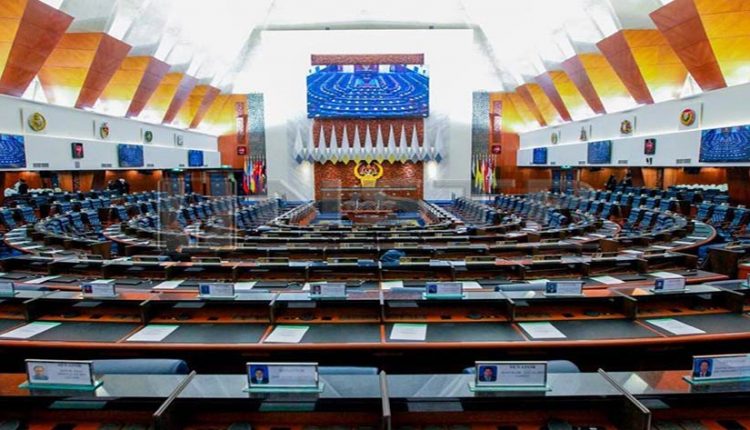 PETALING JAYA: With the mini Budget for the payment of emoluments for the civil servants passed in Parliament, attention is now turned to the new Budget 2023.

Economists and analysts say that Budget 2023, which was tabled in October but hadn’t passed before GE15 was called, is important to send the right signals to the world as the country works towards recovery amid current economic challenges.

While they think that the revised Budget 2023, which is expected to be tabled on Feb 24 by the Finance Minister, will still be “mildly expansionary” with no tax increase, they expect people-centric policies to be maintained.

Associated Chinese Chambers of Commerce and Industry of Malaysia (ACCCIM) treasurer-general Datuk Koong Lin Loong said there would be a limit on the “expansionary” Budget owing to our national deficit.“We cannot send the wrong message to the fund managers and the world. It will be good to allocate slightly more for the development expenditure to help spur the economy,” he said in an interview.

Expecting the new Budget 2023 to have most of its people-centric policies tabled earlier maintained, the tax expert however said it would likely tone down on “money-giving” practices, in line with being prudent.“I think our PM will set aside an amount – from the administrative Budget or Covid-19 fund – to tackle inflationary issues. He was concerned about the national debt, currently at about 62.5% of GDP, and he would likely tackle this to send the right signal.

“This is because Budget 2023 has two crucial elements, which are post-pandemic recovery and resetting the economy. The latter is the leading focus of the 12th Malaysia Plan, slated for 2021 to 2025.

“Next year will be the mid-term of this plan, and it will be a test for the unity government to make up for the lost time and opportunities.”

Koong said that the revised Budget 2023 should be “more aggressive” in cutting the company tax rate to attract domestic and foreign investments that enable higher tax revenue in the long run.

Expecting a rougher first half of 2023, Koong called on the government to prepare for a more vibrant second half of the year.

“The first half is expected to be tough due to the severe inflation in the United States.

“This is made worse by logistics and transportation issues in China, as more people have tested positive for Covid-19 after it relaxed its rules.“So we will still expect continuous supply chain disruptions in China to continue for a while after March.“But after June, we expect things to improve and become more vibrant with more outbound tourists from China.

“This crowd will improve businesses’ bottom line, especially in South-East Asia, and we must be prepared to capture and attract them to come to Malaysia,” he said.

Although the total allocation for 2023 will be lower than in 2022, mainly due to diminished spending from the Covid-19 fund, he said the Budget is expected to provide support for both low and middle-income households and small and medium enterprises (SMEs).

“No tax increase is expected in the first year of office of the new government.

“If warranted by the wide revenue-expenditure gap, we may see small rate adjustments to the top income brackets for individuals and corporations to enhance the tax system’s progressivity and reduce income disparities,” he said.

Dr Yeah said the initiatives likely to be strengthened in the revised Budget included those focusing on income and support for low-income households and vulnerable groups facing rising inflation and the increasing cost of living.

Others also set to be strengthened included initiatives that deal with unemployment, stagnant wages, shortage of affordable housing and wider access to quality healthcare and education opportunities.

Reallocation of the sizeable increase in development expenditure in the original Budget is likely to finance the increase in social and welfare spending and economic opportunities for micro, small and medium enterprises.

“Targeted subsidies for food and fuel are expected to be rolled out.

“However, subsidy rationalisation is expected to be implemented cautiously, given the uncertain global oil prices and to avoid re-igniting inflation in the domestic economy.”Dr Yeah also said that China’s shift away from its zero Covid-19 policy is a welcome tailwind for Malaysia’s economy.

“A pick-up in China’s growth will alleviate the need to focus on short-term fiscal policy responses,” he said.

“The government will then be able to concentrate its efforts and resources on pursuing long-term structural reforms such as industrial upgrading, accelerating upskilling and innovation capabilities and boosting technological adoption amid the drive to reduce dependency on unskilled foreign labour.”Ahmad Yazid Othman, a member of the National Cost of Living Council and a fellow of the Malay Economic Action Council, said he hopes for an expansionary Budget with some tax cuts for the M40 and SMEs.“Also, a higher tax on the top 5% of individuals and companies. In a recession economy and to support recovery, we need more government spending to help spur the economy,” he said.

Hoping for an improved “reformist Budget,” he said he looks forward to seeing the new government allocate resources for the bumiputra economic agenda.

Calling for a pause to implement the Comprehensive and Progressive Agreement for the Trans-Pacific Partnership (CPTPP) free-trade agreement, Ahmad Yazid said that the government should work on customising trade agreements between countries with mutual benefits to improve next year’s economic outlook. The Star