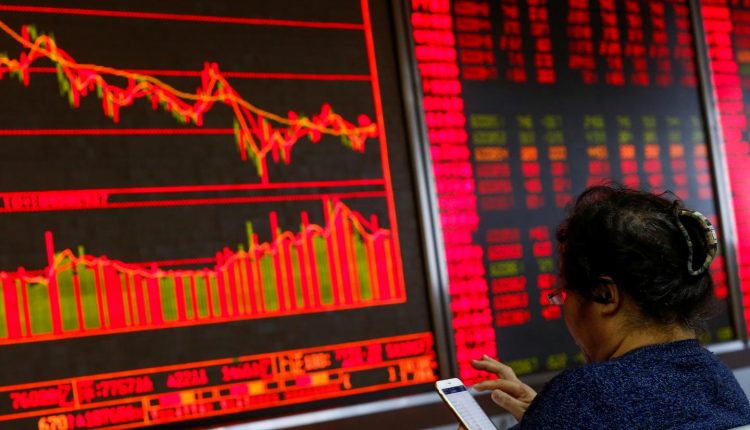 SYDNEY (Sept 6): Asian shares got off to a mixed start on Monday as a disappointing U.S. payrolls report promised to keep policy there super-loose for longer, but also clouded the outlook for global growth and inflation.

A holiday in the United States made for thin conditions and kept MSCI’s broadest index of Asia-Pacific shares outside Japan flat in early trade.

Investors were still assessing the fallout from the September payrolls report which showed a much smaller increase in jobs than expected, but also a pick up in wages.

The latter was enough to nudge longer-dated Treasury yields higher and steepen the yield curve, even as markets speculated the Federal Reserve might start tapering later.

“Employment decelerated sharply in August, with little indication of a pickup in labour supply,” said Barclays economist Jonathan Millar. “This puts the Fed in a quandary as it balances risks of a sharp demand slowdown against those of tight supply and inflation.”

“We still expect the Fed to signal tapering in September, but now expect it to begin in December not November. QE will likely end by the middle of 2022.”

The rise in U.S. 10-year yields to 1.32% limited some of the pressure on the dollar from the poor payrolls print, though its index still touched a one-month low before steadying at 92.128.

The European Central Bank holds its policy meeting this week and a number of policy hawks have been calling for a step back in their huge asset buying programme, though President Christine Lagarde has sounded more dovish.

“We expect the ECB to announce a reduced pace of Q4 PEPP (pandemic emergency purchase programme) at its September meeting on the back of easier financial conditions,” said analysts at TD Securities.

“All other policy levers are likely to be left on hold, with inflation forecasts revised sharply up this year and next. Communication risks are high, and Lagarde will want to avoid sounding overly hawkish, instead emphasising ‘persistence’.”

The prospect of a later start to Fed tapering was positive for non-yielding gold, which stood at $1,826 an ounce, having reached its highest since mid-June at $1,833.80.

Oil investors were more concerned the poor pace of U.S. hiring would be a drag on demand and prices slipped.