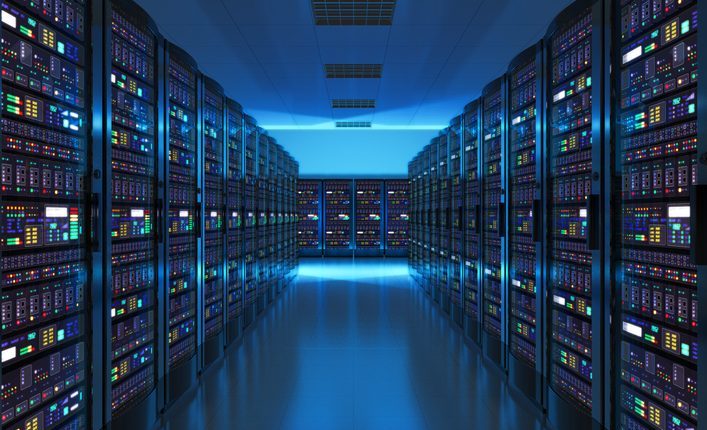 SINGAPORE: Data centres are a hot ticket in the Asia-Pacific region, where investors are pouring billions of dollars into the industry. But the facilities’ voracious appetite for electricity is posing a major hurdle for developers, who face both soaring energy prices and governments that are trying to wean themselves off fossil fuels.

Demand for data storage has rocketed as the pandemic has shifted working life online, increasing the use of cloud computing and creating an explosion of data that needs to be stored and processed.

A boom in data centre investment has followed, but so has demand for power. In 2020, global data centre electricity use was between 200 and 250 terawatt-hours, around 1% of total electricity demand, according to the International Energy Agency.

In Singapore, which is championing the development of such data centres, the industry’s electricity use accounted for 5.3% of the city-state’s total energy consumption in 2019, according to figures from the ministry of communications and information.

The Lion City also recently lifted a moratorium on new data centre construction, which had been in place since 2019. The move shows that data storage infrastructure is too important to miss out on, despite concerns that it will put a significant strain on the electricity grid.

But even as Singapore encourages the rollout of new data centre projects, the government has said it is looking for locations “that are best in class in terms of resource efficiency”.

New data centres will need to meet higher sustainability standards than existing sites, including the requirement of a power usage effectiveness (PUE) of no more than 1.3, reported the Business Times earlier this year.

Hong Kong and the Chinese mainland are also supporting the rapid development of data centres while introducing similar environmental measures for the industry to contend with.

Beijing launched its so-called “Eastern Data and Western Computing” initiative earlier this year. The plan is to create a new computing network system that integrates data centres, cloud computing and big data, by taking advantage of western China’s huge renewable energy resources to take in data from the eastern region, where most of the country’s internet industry is based.

The initiative is a boon for data centre investors but comes with limitations.

As with Singapore, the focus is on high-quality data centre projects that make use of renewable energy, and new facilities will also need to have a PUE of 1.3 or below, according to a three-year data centre construction guideline released by China’s ministry of industry and information technology in July last year.

The proposal comes alongside China’s “dual carbon” pledge to peak carbon emissions by 2030 and to reach carbon neutrality by 2060.

And concerns around renewable power use go hand-in-hand with the issue of energy security, which is viewed as one of the most significant factors shaping data centre investment: 90% of equity investors, 89% of developers, and 85% of debt providers in the industry are willing to pay a premium to invest in a site with a good, cost-effective power supply, according to a June report by law firm DLA Piper, which surveyed 100 senior executives from the three groups.

Hong Kong, in contrast to its neighbours, is facilitating the construction of new data centres, despite its limited land resources and reliance on fossil fuels.

The government last year rolled out a series of specific incentives for the industry, including designating land for data centre construction, which was then auctioned at a favourable price.

The government estimated the territory will ultimately have 1.1 million sqm of land used for data centres by 2025. It had around 779,000 sqm as of the first quarter of last year, according to real estate services firm Cushman & Wakefield.

Although data centre investment has been mainly focused on the US and Europe, the Asia-Pacific region is expected to be the biggest source of future growth. According to the DLA Piper report, 79% of respondents picked China as one of the top three countries they expect to see the biggest growth in investment over the next 24 months, followed by India and the US.

This shift toward the Asia-Pacific is being driven by the rise of Chinese hyper scalers, including Alibaba Group Holding, Tencent Holdings and ByteDance. Hyperscaling is a method of quickly processing data that has been adopted by data centres and cloud service providers.

Meanwhile, China-based GDS Holdings is among the dozens of data centre operators that have recently announced big investment plans in Southeast Asia. After entering that market in July 2021, the Nasdaq-listed company launched three data centre projects in partnership with local companies in Malaysia and Indonesia, GDS chairman Huang Wei said in an interview with Caixin in May.

Last year, companies spent an estimated US$73.7 billion in the Asia-Pacific region on data centre-related equipment and services, including IT infrastructure, such as servers, and additional expenses like land costs, according to consultancy Grand View Research.

The region trails only North America, making it the second-largest market in the world. But the Asia-Pacific market is expected to grow at a compound annual rate of 6%, compared to 5.3% for North America, from 2020 to 2027.

Investment in the Asia-Pacific market hit US$4.8 billion last year, more than the previous four years combined, according to a report by real estate services and investment company CBRE.

Compared with traditional real estate assets, data centres have a much higher return on investment (ROI), said Li Xiang, a China-based researcher at Savills, a commercial real estate brokerage. Properties such as residential blocks, offices, shopping malls and logistics facilities earn an ROI from 2% to 6%, while data centres can offer up to 20%, according to Li.

The main reason for the high returns is that data centres have more added value than traditional property. Although data centres require spending on expensive equipment and long-term maintenance, tenants usually sign longer leases, said Jin Lianzheng of Cushman & Wakefield, a manager of the company’s data centre business in China.

Given the possibility of double-digit returns, the industry has attracted a litany of developers, operators and investors in Asia. Among them is global private equity fund Warburg Pincus, which in 2017 set up arm Princeton Digital Group in Singapore with a focus on investment in, development of, and operation of internet infrastructure. The subsidiary has more than 20 data centre projects in its portfolio.

Over the next five years, the company plans to put around US$12 billion to work building new facilities in Japan’s Greater Tokyo and Greater Osaka regions. The sites will have capacities of up to 900MW.

Asia has become the second-most favourable destination for data centre investment globally. Of the top 10 hot spots in 2022, three are in Asia: Sydney, Hong Kong, and Singapore, according to a report by Cushman & Wakefield.

But investors are also being lured by the region’s long-term need for data centre capacity, which is growing in tandem with increasing internet penetration in developing countries and the widespread digitalisation of traditional businesses.

As a result, emerging markets including Vietnam, Malaysia and Indonesia are also seeing demand for data centres surge, said Xiao Lianghui, a Hong-Kong based manager at Cushman & Wakefield.-FMT