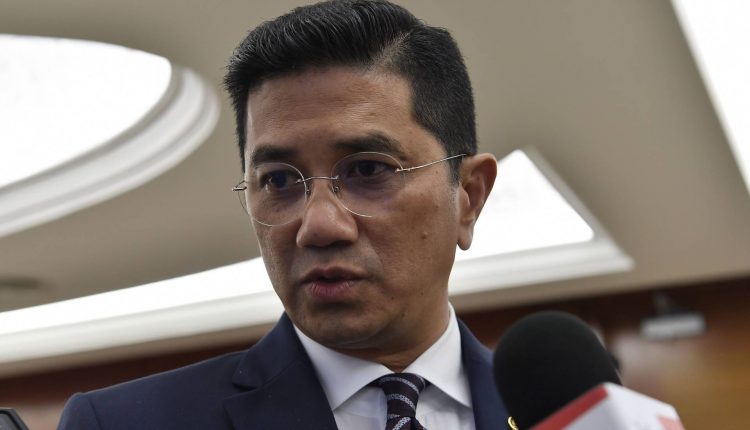 Syukri said this was so that Azmin and his faction would be perceived as heroes who were sacked merely for telling the truth.

“In fact, they are back door instigators who always cause troubles,” he said in a statement on Wednesday (Nov 20).

Syukri said Azmin was testing the patience of the PKR leadership, adding that he had breached various disciplinary codes.

He also noted that the secret meeting between several Barisan Nasional MPs at Azmin’s house was nothing to worry about.

“This is one of Azmin’s gimmicks to show that he is still relevant in today’s politics,” he said.

It was reported that Azmin met with 22 Umno MPs, including former Umno vice-president Datuk Seri Hishammuddin Hussein, at his house in Putrajaya late on Monday night (Nov 18).

Syukri said these instigators were the ones who previously were not comfortable with establishing Pakatan Harapan.

He also claimed that at the time this group was vocal in opposing Tun Dr Mahathir Mohamad as the Prime Minister candidate by the Pakatan leadership.

He said they claimed that Malaysia needed a younger leader.

He said Dr Wan Azizah was offered power after the last general election as the Istana Negara was more inclined to choose her as the Prime Minister, but she turned it down due to loyalty and in order to honour promises that were made.

Syukri said the recent shenanigans were due to a “back door” leader’s huge desire to become prime minister, and who was trying to obtain Dr Mahathir’s support.

“Due to (that desire), he praises Dr Mahathir whom, once upon a time, he had disagreed with. He also tries to demonstrate his strength when he shows that all the Umno MPs are under him,” he said. -The Star

Sarawak tells Petronas to pay 5% sales tax or else